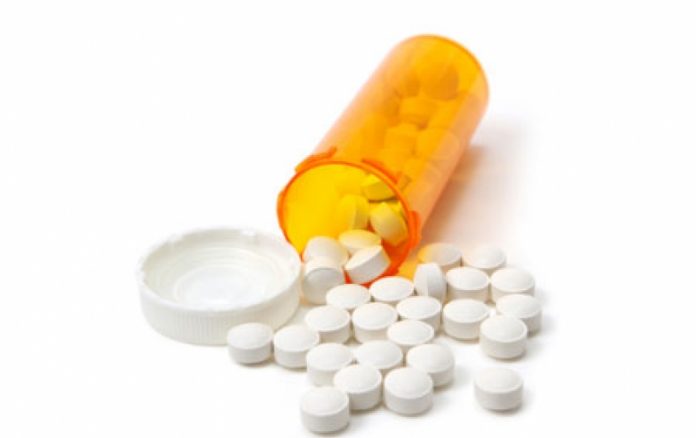 The name and usage of Tramadol, a pain relief drug used to treat moderate or severe pains is a household word in the lips of the youth in the Upper West Region.

The wrongful use of Tramadol according to medical experts can cause difficulty in breathing or even death. However some youth in the region have taken to the drug, administering it in overdoses and mixing it with energy drinks to boost their morale and serve as aphrodisiac.

No wonder some farmers in the localities has christened it with the name“Koo da nan hum” literally meaning farm and buy cow. The drug is added to “Energy Drinks” and consumed to help energise the users to work extraordinary on their farms.

The youth including; students also take the drug to exert their strength when having sexual intercourse with their partners while others take it just for pleasure.

While health workers, parents, civil society organisations and the security agencies, are all worried about the abuse of Tramadol in the region, little did they know that there are more dangerous substances that are killing the youth tenderly?

It is true that Tramadol has gained notoriety among the drugs that the youth widely abused in the region, but there are more dangerous substances in the communities which are abused on daily basis, little known to the health and security agencies.

The smoking of substances such as nim tree and pawpaw leaves and soaking of “wee” leaves in alcohol and consume as breakfast, the inhaling of psychoactive substances such as petrol and turpentine among the youth to get themselves intoxicated are known to health workers in the region.

An addict’s account indicated that “the petrol makes users charge like buffaloes, gaining extra energies to do more work. “We now consume petrol like vehicles to energise us to work like engines and we also consume turpentine to make us go “high”.

This practice even though has not been scientifically proven could be a contributory factor to the recent upsurge of cardio and kidney diseases among the youth.

But one of the most dangerous of these new substances the youth consume in the communities and not known to several medical experts in the region is the almighty “Daaradaara or Ogeeri” seeds. The seeds of this flower plant are classified as “mother and father” of all the substances.

“Daaradaara” is the name given to this flower plant by the Sissala while the Waala and Dagaaba also call it “Ogeeri”.

This drought tolerant flower is widespread but it strives well around old bins. Its seeds are now the newly found cocaine for the youth in the communities. “Daaradaara” fruits are thorny and its seeds are like garden eggs or pepper.

Users described it or considered it as one but the most deadly substance worse than the rest. “If even a Goliath dares chew two seeds of “Daaradaara” it will send him down to the ground completely. It’s worse form is to add the seeds to wee and smoke. Its leaves are equally deadly when boiled and treated as tea and drink.

“A user will be wrestling with trees if one challenges to do that. Chewing two or four seeds could cause the user to drink a container full of water”, an addict told this writer.

“A user is likely to terminate his or her life if there is no water near. Just as the substance passes your mouth through your throat to the stomach, it causes the entire passage to dry up at once, and the only remedy is to continue drinking water.

“A user will also decline to food the entire day as he or she will not feel hungry but continue to engage himself or herself at work”, the devotee added.”

“Daaradaara”, is the “David” of all the substances. According to some users, it makes them to work like robots on their farms and in all other activities they found themselves.

It makes users to behave extraordinary. But the sad things about it are that, it makes users impair in vigour very quickly. It also makes the physical frame of users look fragile and loose weight and thoughts within the shortest possible time.

“Daaradaara” has economic value to the youth in the communities. The fruits are gathered in bags and are sold to some dealers from Burkina Faso who purchase them in large quantities.

The sellers sometime exchange the “Daaradaara” fruits for motor bicycles from the buyers. The seeds are processed into powder form and used as snorts, which the youth consume on hourly basis.

On daily basis, the youth are ruining their lives and crushing early into their graves through the abuse of plant products and other concoctions.

Whether knowingly or unknowingly, they are killing themselves senselessly through abuse of hard drugs, alcoholic drinks and psychoactive substances as well as plant substances.

The abuse of drugs and substances, a good segment of the youth in the region are cooking their brains with substances which cause madness in them at tender ages and making them unproductive in their lives permanently.

At the Wa Community Psychiatric Unit at the Wa Regional Hospital, records indicated that several users have not been reporting to the health facilities with cases of substances abuses.

Records showed that users would wait for their situation to go worse before they would report to the hospitals. The Psychiatric Unit registered 16 cases of alcohol and other substances cases in 2016. The Unit however listed 100 cases of psychoactive substance mostly wee and alcohol abuses in 2015.

The youth is considered the livewire of a vibrant society. It is the youth who serve as the reservoir of any nation and its quality or otherwise determines the progressive or retrogressive development patterns of countries or a particular region.

With the abuses of drugs and psychoactive substances among the youth, the region risks its total development efforts. This is so because the quality of the youth is important to the progress and prosperity of the region.

The region’s educational, social, and economic, health and agricultural progresses among others, and indeed, all human development endeavours will be retarded. Law and order will break down, peace and discipline will suffer while life will be meaningless to all, as chaos, confusion, unrest and anarchy will be the lot of the people.

There is no single age group of people more affected by drugs than the youth. In some ways it looks like it is an issue everywhere: for you, your family and your friends.

“Plain and simple, try as you might, you cannot escape the issues of drugs. Nationwide, drugs affect each and every one of us, directly or indirectly: in our homes, in our families, in school, in our dormitory, in our community, town or city.”

This is why this writer feels the Upper West Region is sitting on power keg. For others, even though they may not use drugs, they could become a victim of a drug-related crime.

And, for yet others, what may have started as occasional use can turn into an addiction that presents extraordinary health concerns with potentially grave and tragic consequences.

Drug addiction is learnt primarily through association with other users or identification or fraternising with drug oriented societies. This is reinforced by the desire to belong. Many drug users also start from a search for pleasure.

Drug addiction is a problem to the society as well as the individual. A drug addict is a prospective criminal especially in terms of prostitution and robbery. Since drug addicts have a deep craving for drugs, they commit these crimes in order to get money to buy the drugs. Drug addiction also leads to an indirect loss of talent or normal functioning abilities.

This is a worrisome situation awaiting the region as a drug addict is not able to fulfill what society expects of him or her and is unable to pursue a career that society values, so he or she becomes a burden on society by way of mental disorders.

The weight of consequences of drug abuse among the youth will first hit hard on parents and government as well as health authorities and it is hard time for stakeholders to collaborate effectively and come out with alternative measures to help save the youth from the abuse of hard drugs and other substances, especially the abuse of “Daaradaara”, which is consumed at the blindside of health workers.

Upper West needs a healthy, quality and skilful youth for a progressive development and all must work collectively and individually to protect its human resources from going into the drain.

However, just like “wee” which has its good sides and negative sides, this writer wants to challenge Ghanaian scientists to research onto “Daaradaara”, maybe it could be more useful than harm.