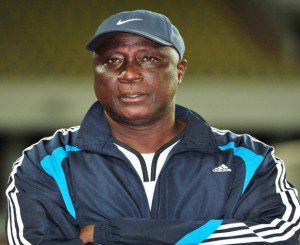 Ashantigold coach Bashir Hayford is set for a showdown with journalists in Ghana?s second largest city, Kumasi, threatening to expose their poor grades in school after his side clinches the league title this season.

The former Asante Kotoko coach is angry with the constant criticism and has vowed to expose their lack of intellectual capacity during their High School days.

Hayford is on the threshold of winning the side?s first Premier League crown in two decades but journalists continue to question his ability to land the ultimate with three games to spare.

The ex-Medeama trainer seems to have had enough of the constant bashing and doubts and declared battle on journalists in the Garden City in particular for a war on their academic excellence.

?I am collating all the secondary school results of Kumasi Sports Presenters who always insult me. When I win the league, I will release the list and their grades and shame them on air,? he charged on Kumasi-based Fox FM

?I currently have the results of 15 presenters.?

Hayford is a trained teacher and have tutored several players in the country.