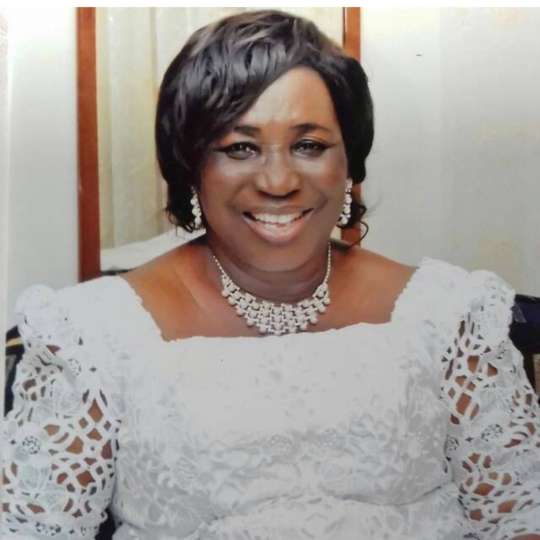 The Association of Women in the Media, (ASWIM) joins Ghanaians and other civil society organisations to celebrate the distinguished life of Mrs Mercy Kwakyi, whose resilience, professionalism and dedication to the cause of women’s empowerment helped sow the seeds for the fight to recognize the contributions of women in the various fields of the economy of Ghana.

Mrs Kwakyi joined the Ghana News Agency shortly after its establishment in March 1957, as its first female news reporter. In no time, she proved her worth as a woman set to leave an indelible mark in the profession as she rubbed shoulders with her colleagues in a male-dominated world
of work.

Consequently, her employers enabled her to pursue training at the Ghana Institute of Journalism, (GIJ). She was one of the only two female students among the 28, enrolled in the second year of the establishment of the Institute.

Thus, she bonded with her counterpart, Ms
Josephine Sappor, as life-long mates to soldier on through their profession for the development of women in Ghana.

Earlier, Mrs Kwakye had been working with the Ghanaian Times Corporation.

When she returned to the GNA after completing her training, she immersed herself in her job covering local and international assignments; the activities of Osagyefo Dr Kwame Nkrumah and writing many in-depth and
exclusive stories on issues that helped greatly in building confidence among citizens of the capacity of Ghanaians in nation-building.

Mrs Kwakyi was privileged to pursue a number of courses outside the shores of Ghana, one of such was an advanced course in News Agency Techniques for 18 months in Prague, now Czech Republic from 1963 -1965 as the only female among 24 males from 25 countries.

She successfully completed the course which earned her a promotion thereafter.

She had the opportunity to take up assignments involving high level functionaries, including the Pan African Organization. She was also able to secure participation in a competitive Commonwealth Press Union (CPU) Course, as the only Ghanaian female among participants from 10 Commonwealth countries.

In 1974, when she had returned from the CPU, she was seconded to the Seat of Government at the Castle, and assigned as a Press Secretary to the then First Lady, Mrs Faustina Acheampong.

She also had the opportunity to become the Press Secretary to Mrs Fathia Nkrumah, during, which period she accompanied the then First Lady to the United Nations in New York, USA to receive a posthumous award on behalf of her late husband, Dr. Kwame Nkrumah.

After that assignment, she returned to her job at the GNA.

Her professional aptitude did not go unnoticed, hence, in I983 the US Embassy nominated three female Journalists to be guests of the American Government on a tour of the United States of America. They were Mercy Kwakyi, Josephine Sappor; both of GNA and Ms Ajoa Yeboah-Afari, of the then Graphic Corporation. The tour took them to eight States in America, including New York, Washington DC, Arkansas and the three of them became known as The American fraternity.

In all these, however, Mrs Kwakyi was passionate about the promotion of the cause of women and children children.

This obviously culminated in the establishment of the Association of Women in the Media (ASWIM) when she and other colleagues felt the need to bring women working in the media together to use their training to give the large number of women in the country a voice on issues which affected their lives and livelihoods.

She, therefore, took up the responsibility of Treasurer of ASWIM when it was formed in 1980.

Together, women media practitioners played complementary roles through the platform of ASWIM shining the light on women achievers; speaking for the vulnerable and voiceless;preventing the abuse of their rights, advocating the mainstreaming of gender issues into national policies, among others.

ASWIM also promoted the professional development of female media practitioners and partnered with other women’s groups for the common good of women worldwide.

As we bid you, an eternal farewell, your compatriots and the present generation of ASWIM members are full of gratitude to you for the yeoman’s job you did in your chosen profession and its effects on the women’s front in our beloved country.

We will hold on to your virtues of love for humanity and the determination to make a difference wherever we are to make life better for all.

Suppression Of Press Freedom Contribute To Disinterest In Journalism – GIJ-SRC

Comprehensive Narration Of GIJ Graduation Wahala By An Eyewitness