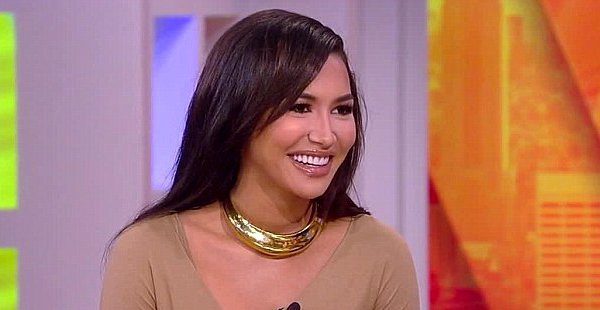 Naya Rivera took to Twitter to respond to backlash she got after making some shocking comments about showering when co-hosting ?The View? on Tuesday, January 13. She tweeted, ?When you get out of the shower today, get a sense of humor. Love ya!?

After co-host Nicolle Wallace said she showered three times a day, Naya chimed in with her ?theory? about showering. ?I think that white people shower a lot more than ethnic,? the ?Glee? star said, ?I feel like showering more than once a day or every day is such a white people thing.? Rosie O?Donnell then quipped that there?s an African-American woman in the audience who was about to ?have a heart attack? and said she?s a ?frequent showerer.? She defended, ?My mom is half black, half Puerto Rican. She showers every day, so I can say this. But I?m now married to a white man, and he showers a lot, like two, three times a day. And I?m like, ?What are you doing?? ?

?So the study says, a dermatologist says you are only supposed to shower once or twice every three days, so I?m right on the mark,? she added.

Some Twitter users slammed Naya for her ?racist? comments. Stereo Williams wrote, ?I had no idea Naya Rivera was so retro racist. She doesn?t just sound like a b***t?she sounds like a b***t from the 30s.? Gir posted, ?So Naya Rivera basically made s racist statement while also hinting that her pwussy sour.? Bill Bellamy tweeted, ?The white ppl I know must use Bologna as soap.?

No Justice No Peace posted, ?If I were Naya Rivera?s mom I would smack the s**t out of her. Saying racist s**t like that for white laughs?? Amanda Garcia wrote, ?@TheView Y is it ok for @NayaRivera to say ?white ppl??? If Niccole said ?Black people shower too much?, she would be considered racist.? Tony.B tweeted, ?This exactly why Big Sean stop messing with Naya Rivera.?

Badminton Association of Ghana speaks on suspension over outstanding bills