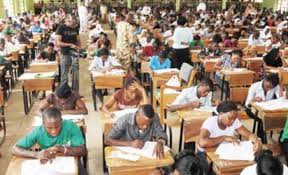 This was disclosed yesterday by the Registrar of NECO, Professor Promise Okpala while releasing the 2013 NECO result in Minna, who said Zamfara and Imo recorded 6.14 and 5.28 percent of the total examination malpractice cases in the country.

The Registrar further revealed that FCT and Bayelsa State were the lowest in examination malpractice with zero percent each, though he said despite what was recorded there was a significant reduction in exams malpractice last year, considering a record of only one percent of cases of malpractice in the overall result nationally.

He said realizing the mandate of conducting malpractice-free examination makes the responsibility more challenging. ?Because the conduct of the examination is one side of the coin and achieving integrity of the result is on another.? The Registrar assured parents in the North-Eastern part of the country that their wards will sit for examinations in this year?s May/June NECO exams.

Over 9,700 candidates write exams in the Kumasi Metropolis

Put your phones aside, focus on the exams: DCE charges students