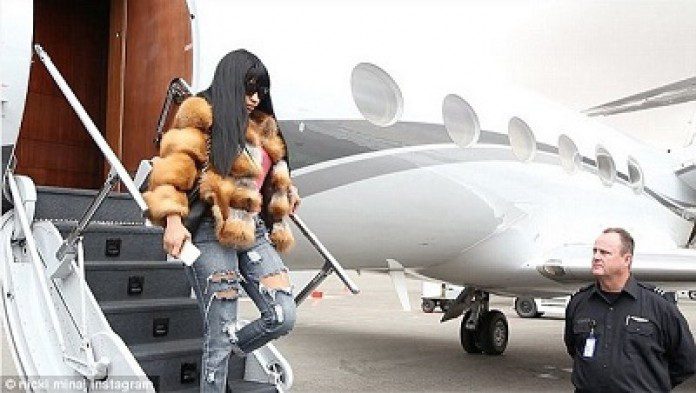 The 33-year-old rapper was performing in the capital city of Luanda at a Christmas party hosted by the Unitel communications firm, which is part-owned by the family of the country’s controversial President Jose Eduardo dos Santos.

Dos Santos, 73, has been accused of overseeing corruption, misrule and intimidation in the country that suffers endemic poverty, despite being Africa’s second-largest oil producer.

According to the United Nations Development Programme, more than a third of the country’s population of about 24million people are living below the poverty line, and nearly 70 percent of the population lives on less than $2 a day.

Since becoming president of Angola in 1979, dos Santos has allegedly amassed an incredible amount of money in assets by taking control of several emerging companies and industries.

However, once it was made illegal for the president to have financial holding in companies and organizations by the Angolan Parliament, dos Santos allegedly began arranging for his daughter, Isabel dos Santos, to receive the assets.

According to Forbes, she is Africa’s first billionaire and the richest woman on the entire continent.

Human rights groups claimed that Minaj’s presence in Angola could be regarded as “an endorsement” of the president’s authoritarian rule and have accused the singer of “callously taking money from a dictator.”

Minaj was reportedly paid $2million for the performance Saturday, where crowd members broke into a chant of her name during the show.

The Grammy-nominated rapper shared two videos of the packed audience screaming in pandemonium at the concert to her Instagram account and captioned one video writing: “Angola has my heart.”

In addition, she also shared a photo of herself with Isabel dos Santos that she captioned: “Oh no big deal…she’s just the 8th richest woman in the world.”

Minaj added in the caption: “GIRL POWER!!!!! This motivates me soooooooooo much!!!! S/O to any woman on a paper chase. Get your own!!!! Success is yours for the taking!!!!! #Angola thank u to the women who brought me out here as well.”

Prior to the concert, Minaj shared a photo of herself in a sheer bedazzled jumpsuit on Instagram with the caption: “Oh hai, Angola. Ready for the show?”

Minaj arrived in Angola on a private jet and shared a photo of herself disembarking the aircraft in ripped denims and a fur jacket.