News Ghana
Home Inside Africa Nigeria Nigeria, It Is Not yet Eldorado 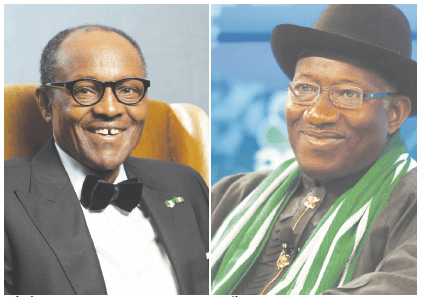 After a long time of persistent unsavoury news about Nigeria around the world; the recently concluded presidential elections gave the country a phenomenal upward push amongst civilised nations. Nigerians unequivocally demonstrated their political maturity and markedly improved penchant for rational, logical and civilised post election deportment; a far departure from previous animalistic and demonic display of post election violence, especially when the results are not in tandem with the anticipation of the losing party as evidenced in the 2011 post election crisis that saw the maiming and mindless killing of scores of innocent Nigerians. Another school of thought however argues that the absence of post election violence was not because of the political maturity of the plebs but as a result of power shift from one regional bloc to another. In other word violence would still have been perpetuated had power not shifted from the South to the North; especially in an election that saw the opposition defeating an incumbent.
Whichever way one looks at the just concluded elections, one cannot but give kudos to all involved. However the greatest winner in all of this is President Goodluck Jonathan; his concession of defeat and the auspiciousness of the timing cannot but be applauded. Jonathan kept his political masterstroke until the very end. By his adherence to wise counsel from his political strategist and allies, the exiting president has acquired for himself a political mileage that catapults him into the genre of a statesman. His lackadaisical and lacklustre performances in the last six years were completely overturned in one fell swoop through political adroitness that will continue to reverberate around the world for a long time.
With President Jonathan exiting in a few weeks by which time the euphoria and jollity of Buhari?s victory would have calmed and Nigerians would now be anxious to see the much-anticipated change that had become the mantra of Buhari?s campaign in the last few months. The enormities of the challenges awaiting the President-elect are truly real and palpable. Buhari must understand that a new vista has been accorded him and no excuses will be entertained if the expectations of Nigerians are not met in the shortest possible time. His clamour for governance since 2003 will be truly understood as soon as he takes the helm of leadership. His performances for the next four years will determine very largely Nigeria?s political destiny come 2019. The weights on his shoulders are no doubt quite daunting and one only hopes that he fully understands the extent of the damage awaiting him.
Buhari has just four years to untangle the myriad of problems that have bedevilled this nation for over 50 years. The political reality in Nigeria now means that the proletariat are determined to remain vigilante long after casting their votes which means government?s chicanery and debauchery can no longer be tolerated. The new political vista in Nigeria has created scores of activists who are prepared to maintain and orchestrate change at every possible stage in the political process.
Buhari?s waiting period before the assumption of office on May 29th must be judiciously utilised to further understand the extent of Nigeria?s peculiarity as well as use the time to draw up a list of capable hands that will help drive his vision for the nation. He cannot afford to dillydally come May 29 on matters that should have been long settled during his waiting period. He must at all cost avoid the kind of unnecessary time wasting methods that characterised President Umaru?s tenure, as well as the early part of President Jonathan?s reign. Dilettantes and political charlatans must never be allowed to infiltrate the Buahri camp in this new dispensation.
How Buhari tackles corruption and its accompanying malaise remains to be seen. The high expectation of Nigerians in this regard remains to be satisfied. What processes and methodologies that will be deployed will definitely be intriguing for observers. This period is crunch time for him and how he navigates through the labyrinth of filth, dregs and dross strewn across every facet of our national life requires dexterity, manoeuvrability and avant-garde techniques. Mere clich?s and high sounding rhetoric are no more marketable under present realities and at the same time intolerance for legal principles can no longer be acceptable.
Insurgency is another sore thumb that will definitely require immediate attention if the President-elect is to stamp his relevance early enough. The extent to which he exerts his experience and professionalism in stamping out the Boko-Haram menace, to that degree will Nigerians and the international community believe his determination for change.