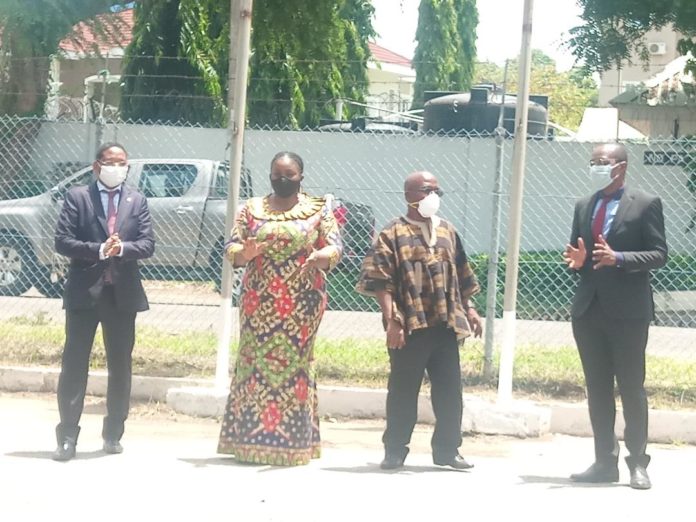 Mr Yaw Boadu Ayeboafoh, Chairman of the National Media Commission (NMC), has cautioned journalists to avoid being used as conduits for the propagation of fake news.

He said the journalists must be professionals and do their work in the way that they were trained to.

Mr Ayeboafoah gave the caution during the flag-raising ceremony to mark the World Press Freedom Day in Accra.

The event, which was organised by the Ghana Journalists Association (GJA), in collaboration with the UNESCO, was on the theme: “Journalism without Fear or Favour”.

The annual celebration, which fell on Sunday, May 3, serves as an occasion to inform citizens of the violations of press freedom.

In 1993 the United Nations General Assembly proclaimed May 3 as the World Press Freedom Day following a recommendation adopted at the 26th Session of UNESCO’s General Conference in 1991.

Mr Ayeboafoah said the theme for the celebration meant that journalists should be as objective as they could and as fearless as possible.

“We must watch out against the circulation of information that has not been confirmed. Indeed, it is one of the greatest threats to our profession in the midst of the pandemic….,’’he said.

“We are not just social media commentators. We are the professionals who are discharging a responsibility of providing information that is necessary for the education of our people. What it means, therefore, is that it is not every information that we see on social media that we must replicate.”

Mr Ayeboafoh noted that journalists were not under any obligation to publish anything that came their way, adding: “If we do that then there is no difference between us and those who have no profession whatsoever. But our claim to freedom is the fact that we serve the interest of our people.”

“We do not owe obligation to anybody, our primary obligation is to ourselves, to ensure that we live our profession and practice it the way that it is supposed to be practiced so that we continuously remain relevant to the development of our society.”

He said though no one knew the scientific perspective of the genesis of the COVID-19 that should not make journalists buy into any information that came their way without seeking factual clarification of that piece of information before passing it on.

“We ourselves (the NMC) was recently at the end of being bashed with fake information. What was it? That we had banned some mallams and fetish priests from operating on radio and television,” Mr Ayeboafoh said.

“And we had not done any such thing. What bothered us was not about the subtlety of that information. Our problem was the airing of that information on mainstream media who have some means of checking, at least, we know about sourcing,” he added.

He noted that it was the basic requirement in journalism, that journalists must confirm the sources of information.

He said what some of the mainstream media did in that instance was the opposite of the professionalism they had been trained for.

Mr Ayeboafoh cautioned the media to avoid creating mistrust among the public through dissemination of fake news adding that that was dangerous to the profession.

He said journalists must remain relevant to society at all times.