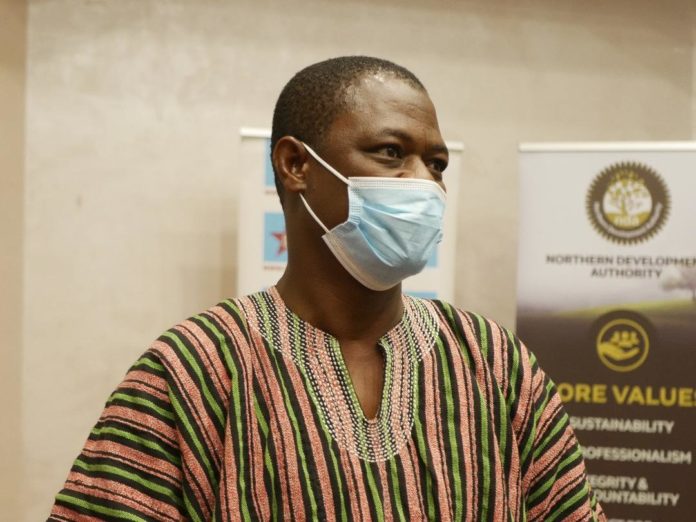 He said the jobs were created through the implementation of the Infrastructure for Poverty Eradication Programme (IPEP).

He said many artisans in the five regions of the north benefited from the employments created, which had helped to improve their living conditions.

Dr Anamzoya said this when he addressed this year’s edition of the Northern Ghana Development Conference held in Bolgatanga in the Upper East Region.

He said in March, this year, the NDA awarded a total of 2,149 projects in the five regions in the north as part of the government’s IPEP projects, which helped to create the jobs.

He said the projects, which cut across education, health, agriculture, roads, electrification, water and sanitation, the social and the economic sectors, were expected to be completed within six months.

This year’s edition of the Northern Ghana Development Conference was organised by the NDA in partnership with the five Regional Coordinating Councils in the north, Civil Society Organisations and other relevant stakeholders.

It was on the theme: “Election 2020 and COVID-19: Opportunities and Challenges for the Transformation of Northern Ghana’s Economy.”

Transformation in the perspective of stakeholders meant a conscious effort to bridge the socio-economic gaps between the north and the south of the country.

Participants deliberated on wide range of issues, which were deemed critical to the development of northern Ghana, and included “What can be done to secure the dignity and human rights of women in communities in Northern Ghana,” and “Developing a vibrant, resilient and profitable agricultural sector in northern Ghana.”

Mrs Mary Chinery-Hesse, the Chancellor of the University of Ghana, emphasised the need to grow the shea nut industry because it had potential to trigger the economic transformation of the north.

Prof Yakubu Nantogmah, Chief of Bogu in the Savelugu Municipality, and a Member of the Council of State, expressed the need for value addition to raw produce to help create an attractive market for goods produced in the north.

Madam Paulina Abayage, the Upper East Regional Minister, spoke about the Conference and said it was to afford stakeholders and partners the opportunity to take stock and review the progress of key issues reached at the 2019 Conference.

Mr Salifu Saeed, the Northern Regional Minister, said a key achievement of the previous Conferences was the implementation of the Pwalugu Multipurpose Dam project.