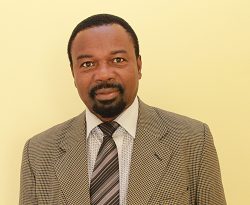 An international relations expert and the director of academics at the Ghana Armed Forces command and staff college, Dr. Vladimir Antwi-Danso has observed with deep concerns that the ritual cycle of outdooring party manifestos every election year is doing the nation a great disservice.

According to him, manifestos launched both in the present and the past fall short of articulating a deeper conviction of the national development aspiration. The inability of such documents to clearly communicate our developmental gaps backed by scientific data and a pragmatic roadmap or strategies is worrisome.

He bemoaned the creeping sub-culture of what he termed ‘political vengeance’ which he further explained as lack of continuity of state-funded projects by succeeding administrations due to their eagerness to satisfy a particular group with their own developmental projects but at an eventual cost to the Ghanaian taxpayer.

This desire and haste to implement party manifestos denies citizens of the needed development in favour of a gifted development. Speaking on the Virtual Platform, PALI Online to commemorate the 2020 Kwame Nkrumah Memorial Day, Dr. Antwi-Danso prescribed what he termed as “putting the state in the hands of technocrats and professionals”.

He further opined that, it’s high time the National Development Planning Commission (NDPC) became fully independent and A-politically empowered with the required logistics and qualified personnel to coordinate and facilitate the parameters of our national developmental drive.

On the same platform, the convener and Founding President of the Passionate Africa Leadership Institute (PALI), Paa Kumi Frank stated emphatically clear that his institute is resolved to contribute to the process of strengthening the frontiers of leadership at the continental level, hence a series of cumulative activities which include: public education on the concept of ideal leadership, advocacy on the need for qualitative leadership, interview sessions with selected transformational leaders and a leadership award scheme for public office holders whose actions align with the ideals of true public service.

Paa Kumi added that the institute is honouring the legacies of Ghana’s first president, Osagyefo Dr. Kwame Nkrumah and South Africa’s first black president, Nelson Mandela for the values they stood for and their respective output which has outlived them. He reminded the present African leaders to be mindful of their actions, for a day of reckoning is coming where posterity will be passing a verdict on their performance.