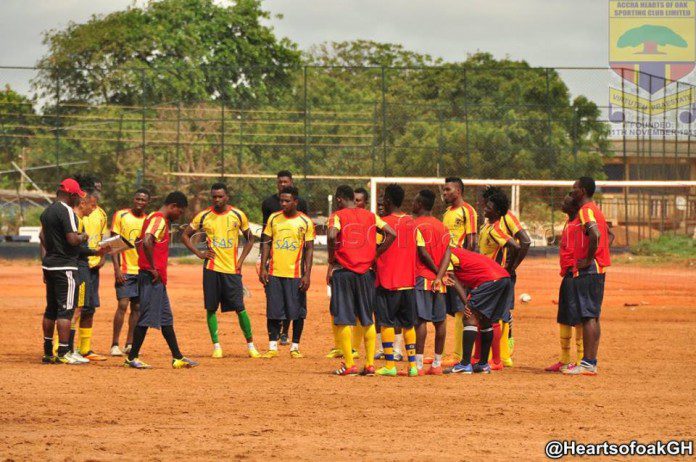 Hearts of Oak’s spokesman Kwame Opare Addo has revealed the club was forced to adopt the Police Depot training pitch for their early pre-season activities due to the unavailability of alternative venues.

Players of the Phobians risked injuries as they were made to train on the poor grass-less surface at the Police Depot for two weeks.

The Accra-based club were widely criticized for this move especially following a report of a high prevalence of ankle injuries to home-based players due to bad pitches.

But the Hearts’ PRO Kwame Opare Addo insists the club was forced to train on the deplorable pitch after failed attempts to have a better facility.

“We were forced to move to the Police Depot after several attempts to have the Presec Park, El-Wak and even the ATTC Park failed,” he said.

“We were told those pitches were not available and therefore we had to settle on the Police Depot Park.”

Hearts have now switched their training location to Legon after securing the facility which they claim was unavailable for sometime now.