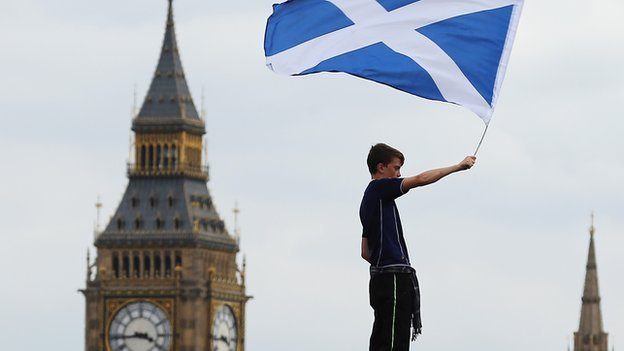 Police in Scotland have warned that they will deal “swiftly and robustly” with any violent disorder or damage to property during planned upcoming protests on the sidelines of the global COP26 climate change summit.

Police Scotland Assistant Chief Constable Gary Ritchie said officers have engaged with key campaign groups to ensure the protests can take place safety but will quickly crack down on any problems if need be.

Young people will march through Glasgow on Friday demanding action on climate change, with speeches from campaigner Greta Thunberg, fellow activist Vanessa Nakate and others.

On Saturday, tens of thousands of people are expected at a protest march in the city, where the conference is taking place.

Ritchie said police have worked closely with organizers of the youth march and are “very encouraged” by the high level of engagement to help deliver a safe event.

He said: “This will be a family event focusing on young people and the future of our planet. We are really looking forward to our continued engagement with organizers to make sure young people get their opportunity to be heard in what is an amazing event with the eyes of the world on us all.

“On Friday and Saturday you will see an increased police presence in Glasgow, but please don’t be worried.

“Officers are there to maintain the safety of the public and participants, as well as to protect the rights of people who wish to peacefully protest or to counter-protest.”

Police liaison officers, wearing light blue vests, will be deployed at the weekend and will act as a link between event organizers and the police.

Other specialist officers will be deployed for the events along with officers from other police services from around Britain.

Ritchie said: “We have engaged with key campaign groups to ensure these protests can take place safety and with as little disruption as possible.

“However, we have made clear that, should violent disorder or damage to property occur, those involved will be dealt with swiftly and robustly.

“If you’re going to a march, please act responsibly, be respectful in your actions, and follow the route and instructions given to you by event organizers or police officers.”

Police said Glasgow will be busier than usual on the days of the marches, on roads and public transport, and urged people to plan their journeys in advance and be prepared for delays and potential changes needed at short notice for operational reasons.