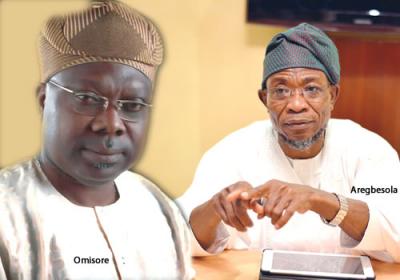 By Sodiq Adekunle, Osogbo
?
The election petition tribunal hearing the case on the August 9, 2014? has began to read it’s judgement since over two hours ago.

?During the election, ?Aregbesola won with 394, 284, while he was seconded by the?candidate of the Peoples Democratic Party, Senator Iyiola Omisore, who had?292,747 votes.

Later, ?Omisore dragged Aregbesola the tribunal, arguing that his opponent did not win the election.?At the judgement day in Osogbo High court, neither the petitioner, Omisore nor first respondent, Aregbesola showed up.

They both sent representatives from their political parties.?Security personnel were also seen at the court premises, with only lawyers, journalists, and some prominent politicians allowed into the courtroom.