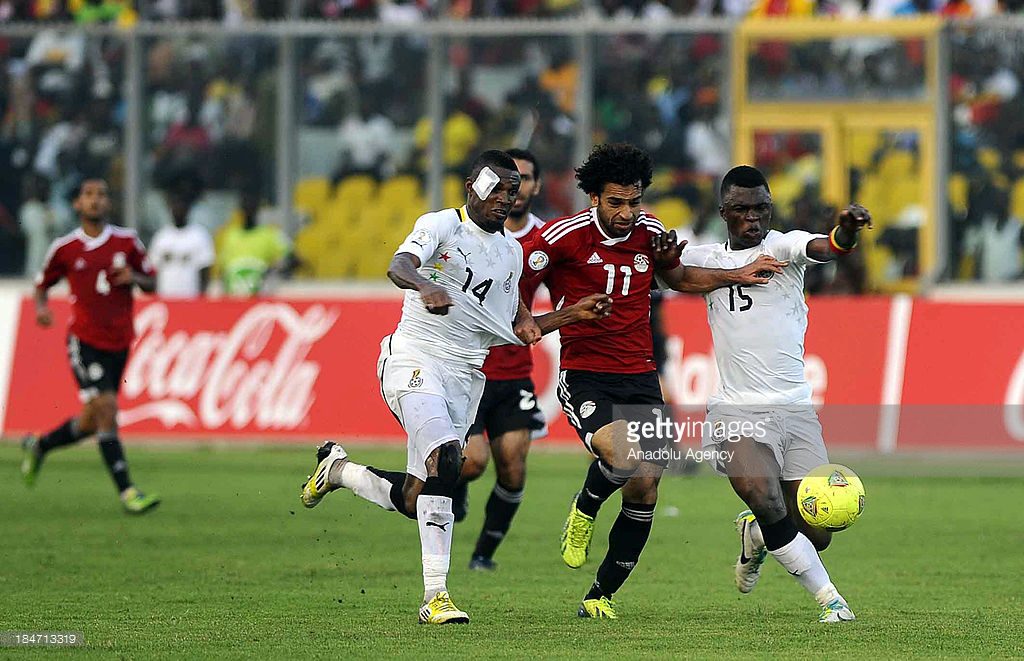 Just when I thought we wouldn’t sink any deeper. Of course I was wrong. Did I forget Ghana is the land where the unthinkable is normal?.

Rashid Sumaila, former Asante Kotoko defender has been accused of causing Jerry Akaminko’s career threatening injury that ruled him out of the 2014 World Cup. I remember that very game, Ghana Versus The Netherland. The two were Ghana’s central defensive pair.

I don’t remember Sumaila kicking Jerry. I didn’t see Rashid head butting him, rather the defender landed awkwardly in the 90th minute, leading to a fracture to his left ankle joint. This is all we knew. In fact this is the only logically reason for the former Heart Of Lions defender’s absence at the 2014 FIFA World Cup. Flash forward 25th January 2016, I switched on my radio to listen to sports news and the news that greeted me was a story about a certain spiritualist accusing Rashid Sumaila of being the cause of Jerry Akaminko’s absence at the World Cup. Rashid’s didn’t out perform Jerry to win the coach’s favour. No, he drove to the house of the spiritualist seeking for help that will make him part of the 23 man squad for Brazil and the only way this spiritualist could help him is to injure his direct competitor who at that time was Jerry Akaminko[ According to the spiritualist].

Does this make any sense?, not anywhere except Ghana where there are more spiritual/religious centers than health centers. The easiest way to destroy a famous person is to link his or her success to evil spirit whether blood money or juju.

They know that people will not ask for any proof and even if they ask matters of superstition cannot be proved.

How many times haven’t we linked this rich man or that women’s success to juju? In this country nobody attains success by the dint of hard work.

There is nothing like a genuine coincidence in my country, everything is triggered by a certain evil power of unknown which cannot be proved.

What this has done is to tarnish the young defenders image. [Character assassination in my opinion].

This evil news has gone viral even on the internet to the extent that the accused player has granted radio interviews to clear his image.

In this part of the world where even Professors are so gullible how do we expect Jerry Akaminko to take this news?

How will he view Sumaila now. How will he relate to him when they one day meet at a Black Stars camp?. If care is not taken players will start to view their direct competitors with contempt.

Any slight injury at the camp of the Black Stars and the player will phone home prompting a relative to visit a spiritual home to find out the cause of the injury.

This whole episode is not new to us as Goran Stevanovic former coach of the senior national team stated in his post-AFCON 2012 report the issue of spiritualism at the team’s base.

According to him during the tournament some players resorted to the use of ‘black power’ to undo themselves.

These resulted in friction amongst them. In all this the media who are to educate the masses cannot be left out.

In an attempt to increase their audience they prey on the credulity nature of the populace, better still most of them are credulous, willing to believe readily without proper or adequate evidence.

This is 2016, let’s begin to give scientific reasons for how and why things happen. Some people have started linking the untimely injuries to players when a major tournament beckons to superstition, that their colleague use ‘black magic’ on them to rule them out to their advantage.

Injuries do happen all the time. I’m yet to see a world cup where a top player hasn’t been ruled out because of injury.

So far as football remains contact sport injuries are bound to happen and injuries do not announce the time they will visit a player.

If it chooses to visit you few weeks to a major tournament, it doesn’t mean someone somewhere is behind it.