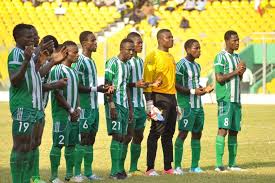 Sekondi Hasaacas Chief Executive Officer (CEO) Nana Benyin Eyison has insisted that his outfit target ahead of the upcoming Ghana premier league is to finish among the top-four clubs.

According to the Executive Committee member of the Ghana FA, the Hasmal lads have a three-year strategic plan and their first year is to be among the top four clubs.

“We have a three-year strategic plan. The first year is to in the play the top four and before the end of the third year is either FA Cup or the league trophy itself. That is the ambition of our club,” he told GHANAsoccernet.com

The domestic top-flight championship which has been delayed due to internal legal tussles will officially kicks off on 20 February, 2016.

The Sekondi-based club despite losing some key players to their fellow premiership sides, on the transfer deadline day, secured the services of experience players like, Eric Bekoe, Philip Boampong and Ernest Papa Arko.

Hasaacas last season finished at the 7th position on the log sheet.