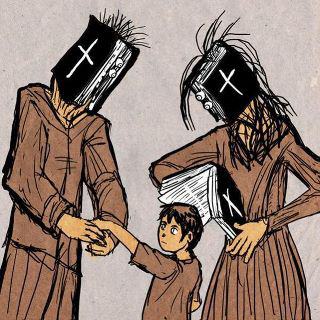 I always struggle to keep a smirk off my face each time I ruminate over how we often as a people focus on basic things while glossing over the crucial ones. Security, climate change, economy and a host of other hot issues are important but they become basic when viewed from the perspective of crucial issues like religion and healthcare.

Possibly owing to our sensitivities, we tend to take religion for granted. In a world where we now go out of our ways not to cause offence religion and those that take it to fanatical levels become the biggest beneficiaries. For instance, I had waited several times to see public outrage against religion driven violence even when life is lost but we all tend to simply heave our shoulders in a gesture that says ‘it is about religion I don’t want to blaspheme’ as we move on to discuss the next political scandal.

Take the anti-corruption crusade for example, it has indicted ex and serving public office holders, politicians, soldiers, media owners and bankers. Nothing has been said of the clergy that to whom the treasury thieves made monetary donations or even built places of worship. It is another way of saying you are above the law once you come by way of religion. I see this license extends even to the freedom to preach hatred, promote extremism and radicalize youths.

In one part of the country I have seen clerics keep youths busy studying scriptures that means they will never get a western education; I another part of the country youths that did get the western education are encouraged to wait for the divine such that they never get to contribute to the economy because they will enter retirement without once picking up paid employment and will remain dependent on society.

This is why I wonder why we must continue to prevaricate in tackling head on a disaster that has already befallen us. This unscriptural reverence for the clergy and the tainted preaching they give to the public gave us Boko Haram that bastardized the Sunni Wahabbi brand of Islam to kill even Muslim; it gave us the Islamic Movement in Nigeria (IMN) that convoluted the ideologies of the Shiite sect to send youths on suicide missions; it gave us the child killing outrage of exorcists somewhere in the south; and it is to it we must give credit for the kidnappers and robbers that usually claim they acted on the prompting from their prosperity believing pastors.

The state has taken on Boko Haram once it became clear that religion was just a cover under which some psychos were operating to satisfy their perversion. Society, including the police, is speaking and against those that brand children witches. Kidnappers and robbers meet their waterloo daily whether from security agencies on enraged mobs that is ever willing to dispense jungle justice with petrol soaked tyres for garlands. But we seem to be making excuses for entities like the IMN and other groups that are presently at the stage of indoctrinating and brainwashing followers.

This indoctrination with the attendant militarisation got to a head when members of this sect made an attempt on the life of a serving military chief. It was the climax of a reign of terror that did not get widespread media coverage for some reason or the other. Had the military not subsequently conducted that operation IMN would have by now surpassed Boko Haram in undermining the existence of the Nigerian state. This is because the doctrine its leadership preaches to followers is that of fanatical extremism with hardcore militarisation thrown in to make suicidal fanatics out of youths.

The sect’s reaction in the aftermath of the military operation remains a warning on the threat they pose to Nigeria’s security as a nation and as a secular state. In addition to the treasonable acts they had committed they also reduced Nigeria to a proxy state with the then Iranian Ambassador, Saheed Kozechi threatening destruction for the country. But for the intervention of nationalistic Nigerians that called the criminal alliance between the Ambassador and IMN to order they would have achieved the agenda of destabilising the country especially given the way they misled sections of the population into thinking that government’s efforts at preventing extremism was rights abuse.

Just months after the December IMN/military clash, as would be expected of hard-line fundamentalists, the sect’s members are at it again by threatening a breach of the peace with a trek that would be classified as criminal in most countries of the world. They are trekking from their heartland in Zaria to Abuja in a development that would potentially pitch them against security operatives. They know this and they have prepared the ground to again play the victim by claiming security agencies plan to attack them.

There is therefore need to deal with this dubious doctrine that IMN is propagating. We can find the answer on how to proceed outside our shores. Europe offers possible answers. On that continent I see countries that think tolerating extremism could make it less virulent. Petting a viper does not make its venom less potent same as being tolerant of extreme religious views would not make those radicalized by it less violent. France, Belgium, Germany and Britain can testify to this. Under the guise of freedom – of expression, movement, association and religion, they allowed youths in their country to be radicalized and today they are dealing with the consequences of that choice. France in particular will for a long time pay a huge price for its libertarian stance.

I fear this is where we are headed if we continue to give room for more extremism after Boko Haram by providing cover for IMN using human rights. We might as well say it is okay for people to accept burning children as witches as a right steeped in beliefs or for people to rob and kidnap others at will because their cleric promised them breakthrough.

As we have experienced with Boko Haram and as some countries in the Middle East and Europe have now learnt, inflammatory preaching and radicalization is a threat to any country’s security. Unlike countries that allowed the cancer of extremism to spread before waking up Nigeria, especially the 19 northern states, must act to clamp down on hate preaching, growth and spread of the Islamic State agenda through fake preaching and the attendant detrimental consequences on national security.

I think we must look to countries where extremism has not flourished to find the answers. Such countries tend to immediately curtail any tendency towards the propagation of extreme doctrines. Usually, there would be those that will protest about how rights are being trampled but then there is national security to consider. It is this implication for national security that should drive us as a people and not a poorly thought out reflex to keep religious malpractices in place at our own peril.

Kolawole PhD is a University lecturer and contributed this piece from Keffi, Nasarawa State.