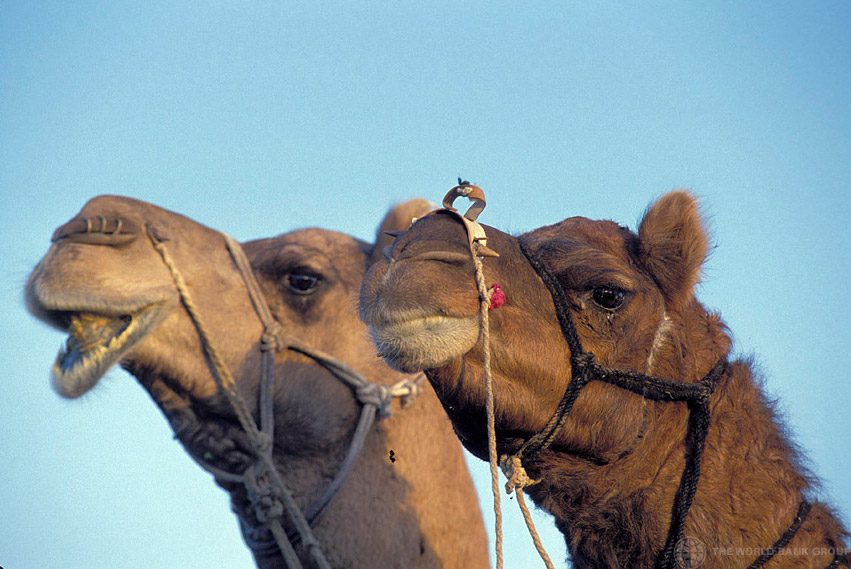 The first human to catch a cold appears to have got it from a camel, according to new research.

It means the common cold originates from the same animal as the deadly Middle East Respiratory Syndrome, known as MERS.

Researchers at the University Hospital of Bonn in Germany had been investigating MERS when they made the unexpected discovery.

Professor Christian Drosten, one of the team, said: “In our MERS investigations, we examined about 1,000 camels for coronaviruses and were surprised to find pathogens that are related to ‘HCoV-229E’, the human common cold virus, in almost six per cent of the cases.”

The scientists took samples of the camels’ cold viruses and discovered that they were capable of infecting humans, according to a paper in the Proceedings of the National Academy of Sciences.

But tests showed there was no apparent danger of a new cold epidemic because our immune system was already primed against it by the human version of the disease.

A number of human diseases are thought to have initially infected other animals before mutating genetically by chance to give them characteristics that enable them to infect humans.

Influenza, for example, is thought to have made the jump from birds to humans several times in the past. The initial outbreaks can be severe because humans may not have any immunity. The so-called Spanish flu pandemic in 1918 is estimated to have killed three to five per cent of the world’s population.

However, extremely lethal viruses tend to die out over time because they kill their hosts too quickly, creating an evolutionary pressure for a milder disease that makes people sick but keeps them alive, enabling the virus to infect others.

MERS, which was found in humans for the first time in 2012, causes a severe infection that is often fatal.

However, it has not evolved into a form that is easily passed between humans.

“Fortunately, the virus has not adapted well enough to humans, and has consequently been unable to spread globally up to now.”

However, he added that the global spread of the cold virus showed that MERS might become a worldwide problem one day.

“Our current study gives us a warning sign regarding the risk of a MERS pandemic – because MERS could perhaps do what HCoV-229E did,” Professor Drosten said.

Humans can also pass on diseases to other species. It is thought that we gave a bacterial infection to monkeys while feeding them peanuts and otherwise coming into contact with them in The Gambia.

Feminist Scholars encouraged to turn their research into advocacy tools