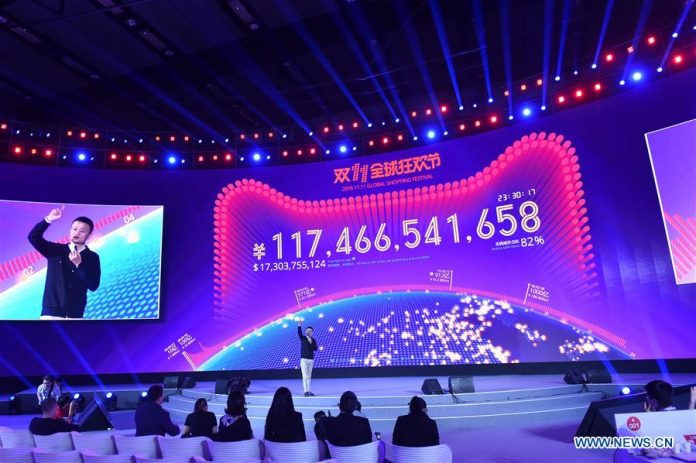 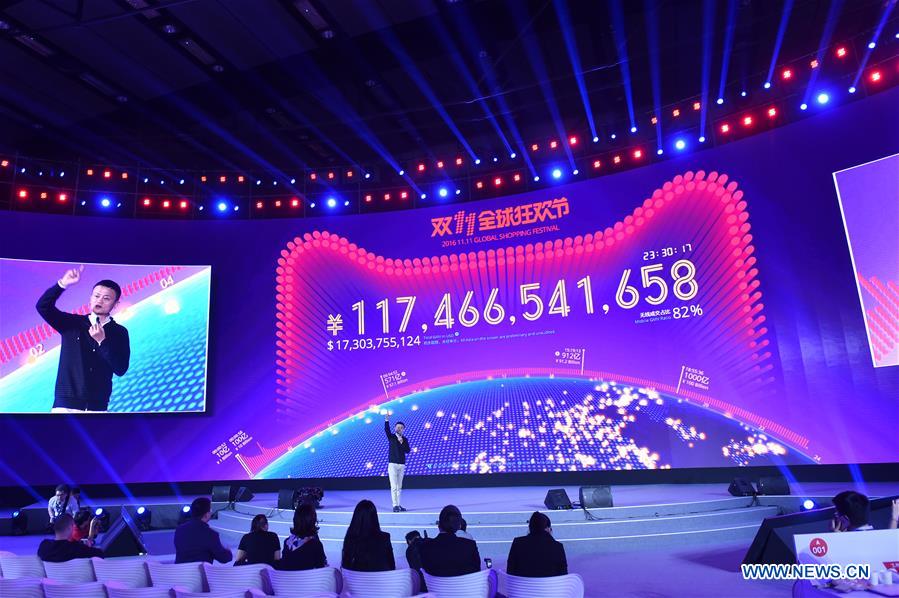 Huang is one of the hundreds of thousands consumers staying up all night for online bargains on Singles’ Day, China’s annual online shopping fiesta.

By 8 p.m., flocks of customers had made 549 million orders on Alibaba’s e-commerce platforms.

Other online platforms such as JD.com, Gome, and Suning.com all exceeded previous records in the first few hours.

Seen by many as China’s answer to Black Friday in the United States, Singles’ Day has grown into a huge battle for market share among Chinese e-commerce companies.

Hu Bingjie, 22, read the message, among many online queries, as it came in. “Can you speak English?”

A buyer in Thailand had ordered 25 items of children’s clothing from Hu’s store and was poised to pay a 355 yuan delivery fee, but wanted to pay cash on delivery instead.

“If you want direct delivery you have to pay in advance,” Hu replied, using a translator.

While overseas consumers are getting more skilled at digging for bargains on Chinese websites, domestic shoppers enjoy a wider variety of foreign produce thanks to the publicity of Singles’ Day in overseas media.

At this year’s G20 meeting, Alibaba forged collaboration with Canadian and Russian companies to expand its presence overseas. It also invested in Singapore Post to target consumers in Southeast Asia.

With easier access to overseas products, it is estimated that China’s e-commerce market still has room to grow.

According to Internet industry research agency iResearch, China’s online shopping market’s sales volume was 1.1 trillion yuan in the second quarter, up 27.6 percent year on year. It is estimated the volume will exceed 1.5 trillion in the fourth quarter.

“E-commerce is leading the change in the global market,” said Wang Jian, professor at the University of International Business and Economics. “The flow of global commodities through online purchases can help awaken the consumer market, which is good for the global retail industry.”

The shopping spree sheds light on the huge purchasing power of Chinese consumers and the strong domestic demand leads to optimism over economic prospects, said Guo Tianyong, a professor with the Central University of Finance and Economics.

Colombian finance minister steps down in wake of protests