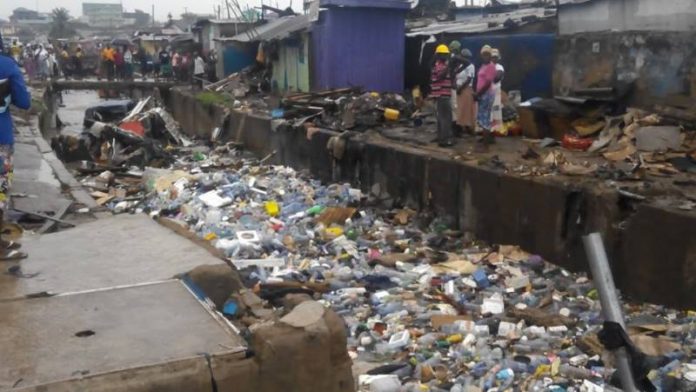 Stakeholders meeting in at Awutu Beraku in the Central Region on have resolved to collaborate to deal effectively with sanitation issues affecting people in the Awutu Senya District.

The meeting organised by Intervention Forum and Send-Ghana, two Non-Governmental Organizations (NGOs) formed part of their ongoing Voice for Change (V4C) partnership project to build the capacities of the communities to deal swiftly with sanitation and hygiene problems in the district.

Officials of the District Environmental Health Directorate, ASDA, Assembly members, zonal council chairmen, unit committee members, and representatives of traditional authorities engaged in a frank exchange of ideas on ways of dealing with the sanitation and hygiene issues in the district.

According to her, one of the short-term outcomes of the project was the “enhanced capacities of MMDAs and private sector on the existing sanitation and hygiene policies and on their roles and responsibilities”.

“It is also intended to allow us reflect on existing sanitation policy implementation and financing gaps at the district level so that we can collectively work towards ameliorating them,” she stated.

Mr Felix Agyei Amakye, lecturer of the Institute of Local Government Studies (ILGS), who was the key facilitator, educated the participants on the Environmental Sanitation Policy of Ghana, saying environmental health and sanitation played an important role in the overall socio-economic development of a nation.

The sector, he noted, had however not received the desired attention, resulting in sanitation and environmental-related problems that should be of serious concern to all stakeholders.

According to him, most of the problems in Ghana were due to a defective environment which in turn robbed people of their health, destroy their livelihoods and undermined their overall development potential.

Mr Amakye therefore enjoined all stakeholders to understand the issues and policies and invest in it, adding that local participation and involvement was very, very key.

He dwelt on the environmental sanitation policy, its broad principles, policy focus areas, policy structure, and the roles and responsibilities of Metropolitan, Municipal and District Assemblies (MMDAs), the private sector, community-based organizations, civil society organizations and the community.

Other gaps are low collaboration among MMDAs, CSOs, waste management companies, traditional authorities and other district and community level actors on sanitation and hygiene issues.

They also demanded that two per cent of the District Assemblies Common Fund should be allocated to sanitation and hygiene matters while urging effective community sensitisation and participation to win the war against insanitary conditions in the district.

Nai Pobee Abundan VI, Nifahene Number One of the Awutu Beraku Traditional Area, pledged the support of the chiefs and elders to deal effectively with sanitation and hygiene issues, saying they intended to pass bye-laws to deal with offenders.

Corruption: Institutions must deal with corrupt people – Most Rev. Boafo

Sudan Asks Russia for Financial Aid in Exchange for Military Base