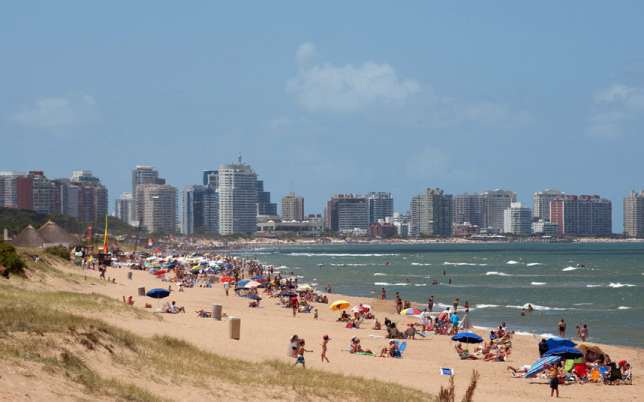 Gunnar Garfors is a man who?s visited every country in the world so it?s to be expected that he?d know a thing or 2 about must-visit destinations

We all have that one country on our travel list which we strive to visit in our lifetime, for either sentimental reasons or plain ol? adventure.

Others yet have the dream of travelling to as many countries as possible, for Gunnar Garfors that wish came true as he visited every last country in the world ? 198 in total by th time he was 37.

As a man who?s visited every country in the world it?s to be expected that he?d know a thing or 2 about must-visit destinations and he shared 12 of such places with Business Insider. Romania: The parties and Romanian beer are some of the things that cut it with Romania for Garfors.

Madagascar: According to the world traveller, ?the coastline, the lemurs and baobab trees will gobsmack you,?

Iceland: The country that keeps popping up on every must-visit list makes another appearance here with Garfors describing it as ?unreal?.

Vietnam: Described as a friendly country, Garfors advised travellers to not let ?the hustle, bustle and traffic stress you.?

Kyrgyzstan: A ?rugged country? according to Garfors, he praised its ?stunning nature, colourful markets and very friendly people?

Kiribati: If you?re looking for paradise like it used to be, this is the place according to Garfors.

New Zealand: For its white, black and golden beaches, plus rare and diverse water sports.

Nicaragua: This country was praised for its diversity in character and ?stunning nature? Dominica: According to Garfors, this is one of the least known islands of the Caribbean which deserves to be seen by more people.

Norway: A Norwegian himself, Garfors recommends his home country as a must-see spot in the world.

Uruguay: For some South American flavour, head on to this country