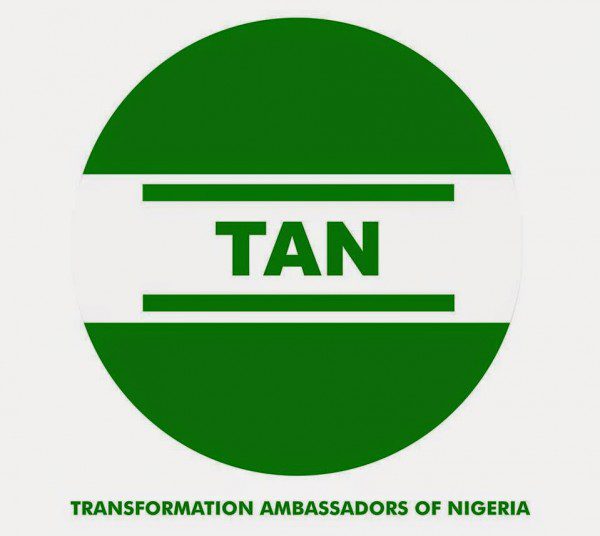 The Transformation Ambassadors of Nigeria (TAN), a vocal Nigerian-based international non-governmental organization has joined other eminent Nigerians to lend voice in commending the Federal Government and the delegates of the just concluded National Conference for being? able to sit together and articulate issues of national interest without so much hitches.>>> The group notes that the report handed over to president Goodluck Jonathan has rekindled and renewed hope for a better Nigeria among the citizens.>>>> TAN in a statement issued in Abuja by its director of Operations, Mr Ben-Chuks Nwosu, expressed satisfaction that the delegates were able to reach agreement? and consensus on various issues that were brought on the table at the? conference irrespective of tribe, religion, social class, ethnic and or geopolitical backgrounds; noting that they demonstrated rare deep sense of patriotism worthy to emulation by all.>>>> The statement noted that the success of the conference didn’t just prove critics and enemies of the nation wrong but also depicts a strong indication that Nigerians are ever willing to live together, work together and fight their problems together as a people of one entity and one destiny. It added that the success has enhanced hope towards realization of a greater Nigeria which President is championing through the Transformation Agenda.>>>> TAN also expressed satisfaction with the content of the Report as highlighted in the media observing that it contains issues that will positively serve the interest of the people in general and in particular provide solution to the problems emanated from the various geopolitical zones of the country.>>>> The statement cited the conference recommendation for the creation of one additional state out of the present Southeast geopolitical zone to bring the number of states in the zone at par with other zones as a welcome development pointing out that the southeast deserves to be at par with other zones in terms of number of states.>>>> The group praised the conference recommendations as highlighted hoping that its anticipated successful implementation would go a long way in transforming the country not just to be better but also to take its rightful position as the true giant of Africa and one the great nations of the world.