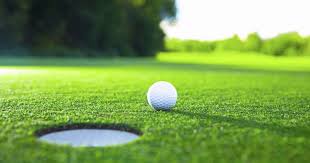 The Tema Country Golf Club on Sunday, inducted new executive officers to steer the affairs of the club for a two-year term.

Mr. Felix Owusu-Adjapong, a former President of the Club who inducted the officers into office, charged them to work assiduously to ensure the promotion and the development of the sport.

He also charged them to ensure that the membership base of the club was increased and also more competitions were played in the ensuing years.

Dr Paul Owusu Baah, President of the Club also charged the officers to ensure the completion of the numerous projects initiated by the out-going executives.

Captain Asamoah on his part commended the members of the club for the confidence reposed in the executives and gave the assurance they would work to ensure that the club gained an international recognition.