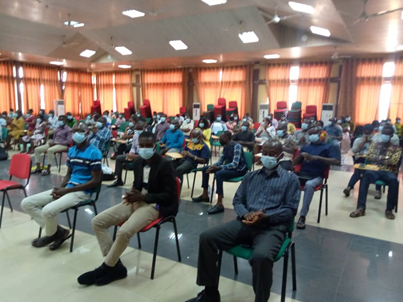 He has therefore urged the general public to fully participate in the national exercise as it would help the government plan for the citizenry.

Mr Afortokey in an interview with a Tema Regional Correspondent of the Ghana News Agency at Sakumono on Tuesday explained that, “It is important for us to know the distribution of our population.

“Where are the people concentrated within the Tema West Municipality and it is also important to know the illiteracy level of the people and how educated or otherwise they are”.

He said as a municipality, it was important to know the rate of growth and such variables are necessary for the municipal assembly to properly plan for development, adding the population and housing census as a means of achieving that.

Also, he explained that data obtained from the population census would help to attract new businesses to the district as such data were critically needed for planning and formulation of policies.

That, he noted, was geared toward creating jobs, eradicating poverty and all forms of inequalities and vulnerabilities in the districts, and generally to ensure equity in the government’s development agenda.

Mr Afortokey indicated that the entire municipality was demarcated into 175 enumeration areas representing the smallest geographic units where 250 field officers and enumerators would be deployed to elicit information for the exercise.

According to him, as part of the exercise, all enumerators had been adequately trained and equipped and were already on the field listing all structures within the municipality to be conducted over seven days.

He said an important event in the entire exercise scheduled for June 27, 2021, was the Census Night, a reference night, which did not mean all the data would be collected on that night.

“The Ghana Statistical Service will take an imaginary snapshot of the population within the nation and everybody who is found within is captured as being part of Ghana’s population,” he explained further.