Gbetwoolor Nii Ashitey Akomfra III, the Teshie Mantse, has assured the public that the Teshie state would regain their glory as the traditional council implements various plans to enhance their lives. 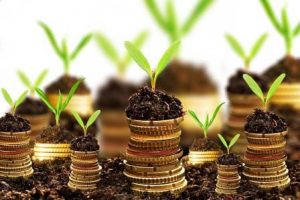 Among the plans include the establishment of Akro Education Fund in 2018 and Akro Heritage Fund for the development and preservation of GaDangme languages and cultures.

The Ledzokuku Municipal Assembly is expected to pass the building plan for work to begin on the proposed Akro College of Fisheries and Development.

The President “Nii Oka Omboa” Nana Addo Dankwa Akufo-Addo is expected to give priority consideration to the proposed Teshie Fish Processing Plant to be in line with the Government’s “One District, One Factory Policy Initiative.”

Gbetwoolor Nii Akomfra said this at the Teshie Traditional Council’s maiden 2017 Akro Excellence Awards where 30 indigenes were honoured for their various roles in the society.

Other GaDangme icons were also celebrated for their outstanding career achievements and distinguished services to the community and the nation as a whole.

The event was held under the theme: “Celebrating Our Heroes.”

The Teshie Mantse repeated the adage that; “A nation that does not honour its heroes is not worth dying for,” hence the effort to organise the awards.

Gbetwoolor Nii Akomfra said a forward-looking community like Teshie has come a very long way from the pre-historic times to the present era of “mobile phones, the intra-net and globalisation” and it has demonstrated a very strong character of resilience and the ability to play the pace-setter role among its peers.

He said until quite recently, Teshie was celebrated for its resilient fishing industry, military exploits and a galaxy of internationally acclaimed scholars, businessmen and master craftsmen among many others.

“However, due to a protracted chieftaincy dispute Teshie has lost its past glory. Development stagnated and our traditional area has become vulnerable to environmental and health concerns.

“Consequently, our public image as a people has sunk to an all-time low. And for this reason we feel ashamed to identify ourselves as Teshie-mei whenever we go outside the comfort zone of our dear town,” the Teshie Mantse said.

Gbetwoolor Nii Akomfra assured the people of Teshie that very soon his progressive policies and development objectives would positively reflect on them.

He congratulated the award winners for serving their communities with distinction and for being a role-model for present and future generations.

Mr Ishmael Ashitey, the Greater Accra Regional Minister in a message read for him said in line with Government’s effort to transform the country the traditional institutions have a critical role to play since they are the embodiment and custodians of the nation’s rich culture and heritage.

He expressed the hope that the Akro Excellence Awards would impact positively on the peaceful development of all the people of the GaDangme communities.

Mr Ashitey said as a people, we need to develop effective interface between government, laws of the state, cultural values and for that matter our traditional institutions for the promotion of peace, good governance and international partnership for the overall development of the country.

“Unfortunately for some time now, our chieftaincy institution which is supposed to epitomize the cherished cultural heritage has entangled itself in long, time-consuming litigations and disputes and family feuds at the expense of complementing to the efforts of government to finding solutions to better the living standards of their subjects or the citizenry,” he said.

He said there is the need to support the traditional institutions to function well to complement the laws of the state in ensuring the promotion of peace, human dignity and socio-economic as well as political development of the state.

The Minister said the Government would therefore assist the chieftaincy institution to make it more relevant to the development in the country.

“However, what is important now is how to recognise the role of the traditional institutions and strike the balance between the democratic practices and the traditional system of governance to achieve a harmonised system that brings development to the people,” he said.

Mr Ashitey said: “Let this event of Akro Excellence Awards grow to be a great unifying force and a platform for consensus-building in our communities.