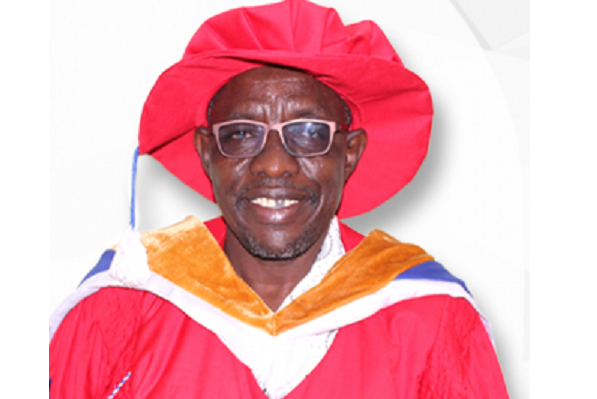 The Principal of the College of Languages Education at the University of Education, Winneba, Professor Avea Nsoh, has been asked to step aside by the Council of the University.

It was not clear what informed the move of the Council but the Principal believes it is his constant airing of views in support of some senior officers and a former Vice Chancellor who were dismissed last week after the court proved them guilty.

In a release issued on Monday August 20, 2018, and copied to Newsghana.com.gh, it said, after receiving a letter from the Council, notifying him about his suspension, Professor Nsoh accused the Acting Vice Chancellor (Ag VC), Reverend Father Aful-Broni, of masterminding the unfortunate incident against him.

The Principal’s accusation was on the basis that, he the Ag VC has not taken it lightly on his (Prof Nsoh’s) position on the interdiction especially his views on various media platforms and thus “has not only consistently targeted me but have sought in various ways to discredit me to the Council and other institutions, groups or individuals.”

But the Principal explained that his position was to ensure that, there is calm and sanity in the University.

He noted that, when the Member of Parliament for the area and an indigene of Winneba who sued a section of the University’s management of statutory and procurement infractions to last year, he together with other colleagues across the four campuses resolved to work in harmony to defend the University against the former until the allegations were proven against them.

“…the decision to suspend me as College Principal, is more about dissenting opinion than about anything else. Fortunately for me, that is what Universities stand for and that is what the 1992 Constitution of the Republic seeks to guarantee”, he underpinned.

While urging relatives, colleagues, students, friends and family to exercise restraint, Professor Avea Nsoh, assured that in the next few days, he shall bring to the public, details of the disturbing issues in the University of Education, which have been mostly kept out of public view.

Transport Units of Institutions to register with NRSA

Police up for Extraordinary ECOWAS Parliament meeting at Winneba

The Current State of Affairs at the University of Education, Winneba