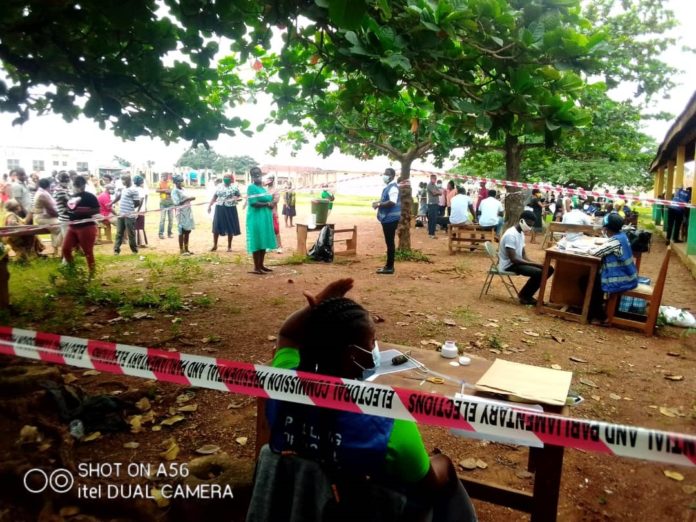 With literally 17 (seventeen) days to go to cast our votes to elect our next President and Parliamentary Candidates, Ghana has experienced so much disappointment from the NPP administration that must culminate in ending the existing duo-political structure enjoyed by the Yaanoms; (i.e. both New Patriotic Party (NPP) and National Democratic Congress (NDC) to bring on board a third force in our politicking so we have level playing field to accommodate the views of the silent minority.

Nkrumah and his CPP government who ruled us for 9 years, and the 2 (two) military regimes of NLC and NRC/SMC that ruled us for 7 years apart, NPP and NDC have ruled Ghana for a total of 42 years. NDC (including PNDC ) have ruled the nation for 27 years and NPP (including Busia’s 3 years from 1969 to 1972) have also ruled Ghana for 15 years, running up to December. The above statistics are vitally important to shed light on the two evils (Yaanoms) that have toyed with our country for so long. This is the reason Ghanaians must now look for a third voice in our national parliament to bring sanity into our country’s administration by ushering in a new and third political party.

Ghanaians must no longer consign other smaller parties into irrelevance whilst the bigger political parties (the Yaanoms) continue making the same old mistakes and take us for a ride, irrespective of their infractions in governing us. The time is up to change the dynamics to now involve the smaller political parties such as the third largest opposition party in the country, the Progressive People’s Party (PPP). Little things can make big differences and I urge fellow Ghanaians to remove their party colours and vote for the PPP, so we get into parliament to represent the views of the smaller political parties, thus, usher in a third voice to make parliamentary debates and discussions more effective in the best interests of the nation. It has been the norm for the political parties to present the nation with fake and undeliverable promises for the sake of winning elections.

We are witnesses of the last Manifesto assurances presented by the NPP in 2016 that won them the elections. Chief among their promises was 1 district, one factory. There are 216 (two hundred and sixteen) districts in Ghana, and one would have expected 216 factories in place, with thousands of workers in employment during the 4-year term of the NPP in governance. The NPP is now telling us cock and bull stories thus, and I quote Nana Akomea of NPP Communications Team, from Modern Ghana publication, thus,

“The governing New Patriotic Party (NPP) says a total of 76 factories under the One District One Factory (1D1F) policy are currently operating and employing hundreds of Ghanaians. Speaking at a news conference in Accra, a member of the party’s Communication team, Nana Akomea, said other 48 dormant factories have taken advantage of the initiative to revive their operations. “As of July 2020, 76 factories are in operation. 28 of them are completely new factories, 48 are existing factories that have brought proposals for expansion under the 1D1F, and they have proposals approved and funding provided”.

A lot of noise was made about One District, One Factory (1D1F) and Ghanaians expected 216 (two hundred and sixteen) factories to have been put in place, with thousands of workers in employment by today’s date 20th November, 2020 with 17 (seventeen) days to go to 7th December, 2020 general elections. NPP have not built even half of the 216 factories, i.e. 108. Does it make sense and must the electorate trust NPP again when they are actively campaigning for four more years from the electorate; knowing very well that they have not served the nation as honest as they should, against the backdrop of giving Manifesto promises that they have not completely fulfilled?. Poor and unemployed souls are crammed onto the back of pickup trucks, amidst playing loud music and desperately sounding out appeals to the electorate to consider them for yet again four more years. The big answer is “No”, we cannot. Ghanaians can no longer be taken for a ride and a change is necessary PPP can also contribute to manage our own affairs. New broom sweeps clean and we have rolled our sleeves to get our hands dirty.. We are truly AWAKE with the shining of the red sun.

NGO to promote tourism in Ghana launched in Takoradi

The Cost of Justice in Ghana

Which are the online payment options accessible to bettors in Ghana?

Which are Stake.com’s most impressive offers, and how to use them if you are in Ghana?

Which are 1xbet’s most impressive bonuses for its customers from Ghana?