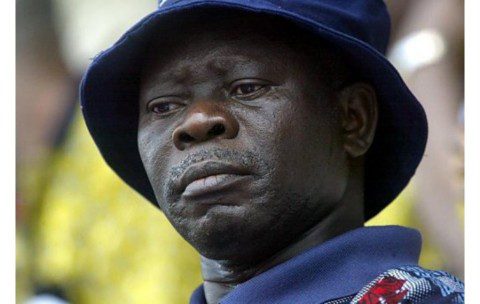 Youths numbering over a thousand have staged a peaceful protest against Hon Friday Ogieriakhi, the suspended lawmaker representing Orhionmwon South Local Government Area in the State House of Assembly, over what they termed the sale of their mandate without consultation.

Hon Friday Ogieriakhi is one of the four embattled lawmakers suspended by the State House of Assembly over what they termed ?gross misconduct?.

The youths who staged the protest at Abudu, the Administrative Secretariat of the Local Government, said their confidence and support for Comrade Adams Oshiomhole and Speaker of the State House of Assembly, Hon. Uyi Igbe remains unshaken.

Spokesman of the protesters, Mr. Nosa Izekor said the lawmaker defected to the opposition People?s Democratic Party (PDP) without due consultation with them and he refused to relinquish their mandate given to him.

According to Izekor, the Orhionmwon South representative at the Edo State House of Assembly allegedly sold his mandate for fifty million naira in total disregard for the wishes of the electorate.

Anothey youth, Edomwonyi Netete, said the present administration under the leadership of Comrade Adams Oshiomhole has performed creditably in Orhionmwon council area and the state in general.

Youth, leader Liberty Omoruyi contended that the state government has brought a new lease of life to Orhionmwon in terms of education, the health sector roads and the urbanization of Igbanke just as he condemned the activities of the said lawmaker representing Orhionmwon South Constituency.

In his response, the Orhionmwon Council boss Hon. Roland Ibierutomwen promised to forward their grievances to the state governor, Comrade Adams Oshiomhole, as well as the Deputy Governor, Dr Pius Odubu.