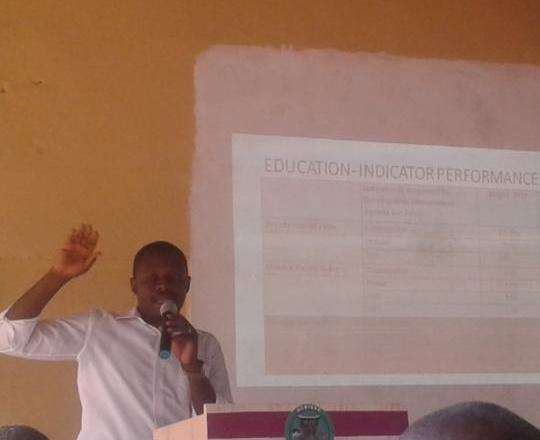 The Achiase District Assembly in their bid to assist the new assembly members in their planning activities for the electoral areas has educated them on the assembly’s achievement for 2019.

Mr Richmond Amponsah, the Achiase District Chief Executive (DCE) indicated that, the district was created in February 19, 2019 and out of its 139 planned projects and programmes, 116 plans were achieved representing 83 percent.

He said the agriculture department which was under economic development, 680,000 cocoa seedlings were distributed to 1,570 farmers, while 15,000 palm seedlings went to 250 farmers and 1000kg maize seeds given to 19 farmers.

The challenge he stated, was the deplorable state of feeder roads linking up farming communities.
He said mechanised boreholes were provided in some communities and schools, while open defecation was a problem due to lack of adequate toilet facilities in the area.

On governance, corruption and public accountability, Mr. Addo noted that, delay in receiving the District Assembly Common Fund could not help the District reach its full target, but covered 83 percent target.

He said there was delay on the part of departmental heads in collecting data for the planning unit and other units at the assembly and called on them to provide the assembly with timely information to fast-track development.