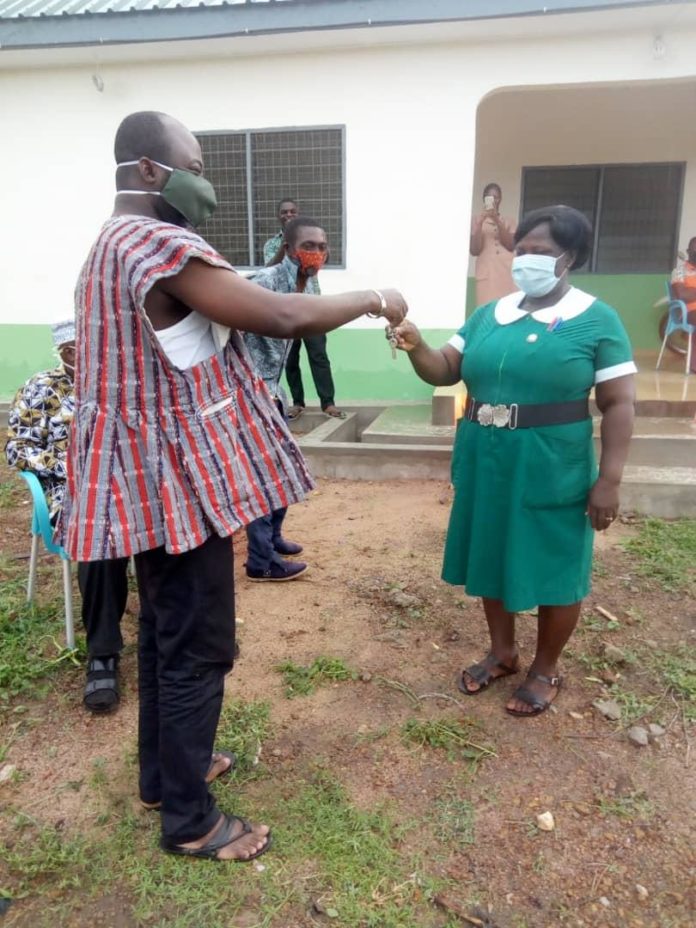 Mr Kwame Governs Agbodza, the Member of Parliament (MP) for Adaklu Constituency in the Volta Region has handed over two new Community-based Health Planning and Services (CHPS) compounds to the Adaklu Health Directorate.

The CHPS compounds, situated at Adaklu-Have and Adaklu-Amuzudeve were handed over to the Health Directorate by Mr Samuel Atomy Dorfe, Chairman, National Democratic Congress (NDC), Adaklu Constituency on behalf of the MP.

The facilities, with two unit nurses quarters would serve people from Adaklu-Have, Adaklu-Amuzudeve, Adaklu-Dzakpo and Adaklu-Vodze and other adjoining communities.

Mr Dorfe said the CHPS compounds formed part of the MP’s quest to improve access to healthcare in the Constituency.

He said a similar project under construction at Adaklu Wumenu was 99 per cent complete and would soon be given out for use and urged the Directorate to ensure proper maintenance of the facilities.

Mr Charles Azagba, the District Director of Health, was grateful to the MP for the gesture and promised to ensure that the facilities were put to good use.

MP for Adaklu Supports Health Delivery in his District

Parents advised not to push all their responsibilities to government

GHS collaborates with JICA to disseminate a CHPS Database System