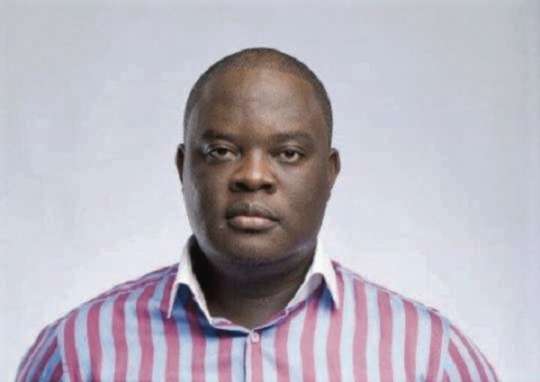 The President of the Chamber of Freight and Trade, Dennis Amfo-Sefah, has announced a massive approval of the new single window port administration system instituted by the Akufo-Addo Government.

In a news conference in Accra, Mr. Amfo-Sefah, who hs completed a tour of exit and entry points into the country said his colleagues wholeheartedly approved the new system which managed by South Korean company, UNI-PASS

.”I toured the various exit and entry points nationwide together with my executives in my capacity as president of the chamber of freight forwarders and trade and majority of the stakeholders in the industry said they have accepted the UNIPASS because it is the best so far.

President Akufo- Addo’s vision for the industry is positive and as key players, we have examined the UNI-PASS and we think it is more advantageous”

According to him, freight forwarders were enthusiastically registering to get on to the new single window platform all over the country because of new understanding of the advantages involved in the single window system.

.“Day in day out, freight forwarders and traders have been registering unto the new national single window- UNI-PASS, which will soon take over customs cargo clearance management system from GC-Net and West Blue to help realize its core mandate of revenue mobilization and collection,” Mr. Amfo-Sefah added.

He added that ongoing piloting of Ghana’s new single window platform, under UNI-PASS, at the country’s exit and entry points were smooth, convenient and compatible. Consequently, he said, the fear of freight forwarders and traders have been allayed.

Being President of the Freight and Trade Chamber, his position debunks impressions that were created that all freight forwarders and other workers at the various ports of the country were not in support of the Government’s move.

UNIPASS which has Ghana Link Network Services as its local partner was in March 2018 awarded $40 million 10-year single window contract to provide paperless services at the port.

The contract since then remained a subject of controversy.

But according to the Ministry of Trade and Industry (MoTI), the introduction of UNI-PASS is expected to make the Ghana National Single Window (GNSW) more comprehensive.

Re: Account For ‘Missing’ GH¢207 Million Under 1d1f Initiative