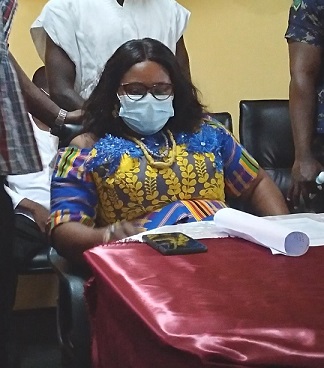 Assembly members of the Agotime-Ziope District Assembly failed to confirm the President’s only female nominee for the Volta Region, Madam Emilia Emefa Adzimah for the position of the District Chief Executive.

Out of the 22 assembly members, including government appointees, 12 voted in the nominee’s favour while ten voted against, making it difficult for the nominee to secure the mandatory two-thirds of the total votes cast.

Article 243(1) of the 1992 constitution states “there shall be a District Chief Executive for every district who shall be appointed by the President with the prior approval of not less than two-third majority of members of the Assembly present and voting at the meeting.”

A similar fate befell the incumbent DCE for Adaklu, Phanuel Kadey Donkor, during that area’s confirmation exercise on Monday.

So far, seven out of nine nominees have secured confirmation and are poised for action while nine more are in the queue for confirmation.

The Assembly will reconvene within ten days to go through the confirmation process for Madam Adzimah.

The confirmation is to be done within a 21-day window.

Dr Archibald Yao Letsa, Volta Regional Minister, urged the assembly members to do their best to vote for the nominee when the Assembly reconvened for the exercise.

Mr Charles Agbeve, the Member of Parliament for Agotim-Ziope, said the absence of DCE was negatively affecting the activities of the Assembly.

We have lost nine months without a DCE who will be in charge of activities in the District, he said, adding that residents of the District were waiting to have DCE so that development projects would be carried out to benefit them.