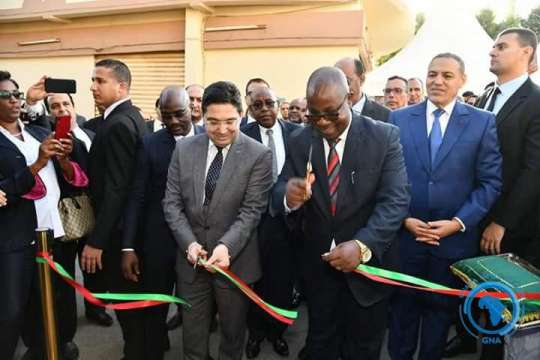 Courtesy of The Kingdom of Morocco’s Ministry of Foreign Affairs, African Cooperation and Moroccan Expatriates.

Burundi on Friday officially opened its Consulate General in the Moroccan south city of Laayoune.

Mr. Bourita spoke of the unswerving determination of Morocco to build strong ties and extend help to other developing countries in the spirit of South-South Cooperation.

Mr. Nibigira said the opening of the Consulate General in Laayoune reflected his country’s commitment to the principles of African fraternity and international law.