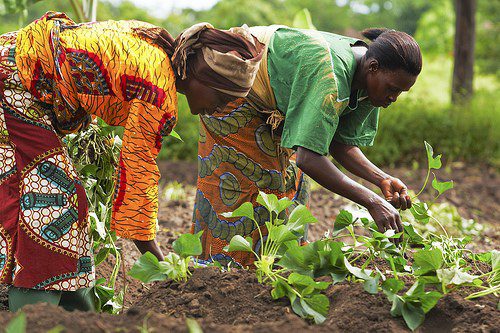 The Western Regional Director of Agriculture, Mr Patrick Akowuah has implored farmers to join cooperatives or associations to access inputs and financial support to improve their operations.

Mr Akowuah made the call at a day’s sensitization workshop organized by the Peasant Farmers Association of Ghana (PFAG) with support from the International Budget Partnership on Fertilizer Subsidy for peasant farmers in the Western North, Western and Central Regions.

He said some foreign investors had contacted the Directorate for investment opportunities in farming in the Region and as a result would require that the farmers come together to form groups to enable them to meet the required standards to take advantage of the opportunities.

Mr Akowuah also urged the farmers to spray their crops with pesticides early enough to make it easier to kill the pests before they develop to a stage where it becomes difficult to control.

He said in the Shama District rice farmers had received eleven harvesters to help boost production in the enclave.

Mr Bismark Nortey, Programmes Officer for PFAG, disclosed that research conducted by his office indicated that the majority of farmers expressed worry about the rate of smuggling, hoarding and corruption in the handling of the government’s subsidized fertilizers meant for farmers.

However, he added that the majority of the farmers who used the fertilizer commended the product for its quality, while some also complained about the quantity which according to them, was lower than the amount quoted on it and the price being sold higher than the agreed price.

Mr Nortey said shortage and the unavailability of the subsidized fertilizer during the peak of the planting periods at retail shops was a major concern to the farmers and attributed it to the hoarding and commercial farmers purchasing the product in bulk quantities to the detriment of the peasant farmers.

He mentioned the absence of transparent criteria in assigning supply quotas to specific geographical areas where suppliers can deliver the fertilizer, failure by the Ministry of Food and Agriculture (MoFA) to complete the farmer database registration to properly target small holder farmers and the lack of enforcement on the cap on maximum quantities to be purchased by farmers as some of the causes to the challenges.

He, therefore, urged MoFA to complete the farmer registration exercise initiated to further improve upon the programme and also eliminate the leakages while making information on quotas distributed by the various companies and regional and district consumption of the various fertilizer types available to the public.

The farmers also pleaded with the authorities to make sure that sale points for the fertilizer were brought closer to them since it was expensive transporting the fertilizer to their farms.