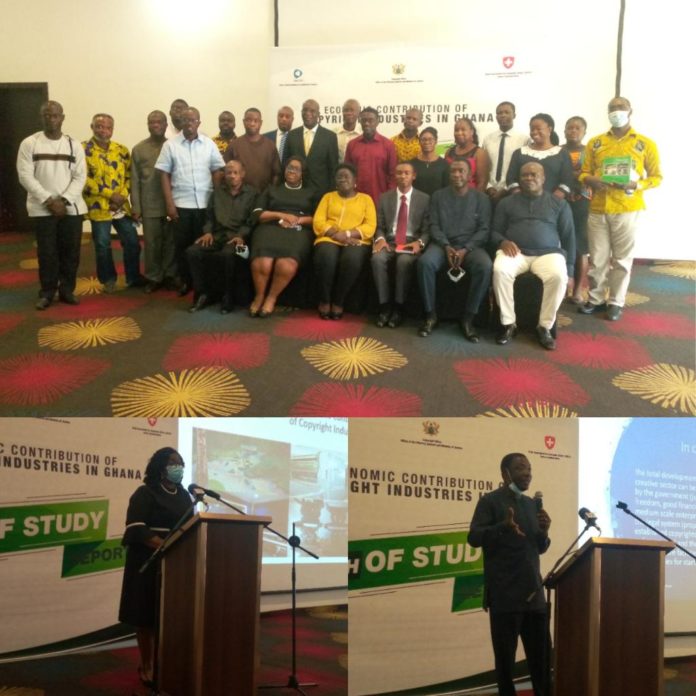 Ghana needs an active copyright sector to generate investment opportunities that will result in a higher employment rate and increased levels of income to significantly alleviate poverty, Dr. Magnus Ebo Duncan, an Economic Statistician has said.

He said there was the need for a policy to retain existing copyright sector employees, improve job security and income of those already in the copyright sector, and address barriers to entry and growth to create room for new entrants and employment expansion.

He made the remark on Wednesday at the launch of a report on the “Economic Contribution of Copyright Industries in Ghana” in Accra by the Copyright Office, Office of the Attorney General and Ministry of Justice.

Copyright is the part of intellectual property law which gives legal protection to authors or creators of literary and artistic works such as books, music, films, paintings, sculpture, and computer software among others.

He said the advantages of greater formalisation including; the benefits of investment for building up skill capital and knowledge of the formal aspects of the music business should be considered to enable and support enterprises and workers in the Copyright sector.

In 2015 and 2016, the copyright sector was the eighth largest contributor to the GDP.

The study stated that the contribution of copyright-based industries to the economy continued to grow over the study period from a share of 3.07 per cent of GDP in 2013 to 4.02 per cent in 2016.

The core copyright industry group, made up of industries wholly engaged in the production, manufacturing and sale, and renting and leasing of equipment, was the largest employer of the four copyright groups, “Core, Interdependent, Partial, and Non-dedicated), employing 1.55 per cent of the country’s total workforce in 2013, with consistent growth up to 2.48 per cent in 2016, he said.

Dr Duncan said the results of the study therefore, provided data and the economic rationale for evidence-based policy-making in the field of copyright and enforcement.

Evidence from the study, he stated, showed that creative industries were essential for the growth of a modern economy, and called on government and stakeholders to carefully target policy interventions especially aimed at nurturing creative talent and encouraging the development of Intellectual Property (IP) to help individual artists and creative companies of all sizes to succeed.

He called on Government to be more strategic by targeting interventions that increased the supply and sustainability of creative talent.

It was also charged to encourage demand for and development of a local IP that fostered a more efficient and robust creative ecosystem.

Ms Gloria Akuffo, the Attorney General & Minister of Justice, in a speech read on her behalf, said what the nation lacked was data that provided empirical evidence on the contribution of copyright industries to the economic performance in Ghana.

“It is my hope and belief that the results of this study will not only guide us in defining a critical focus for the copyright industry in Ghana in terms of policy making, but will also provide the basis for targeted funding with the aim of enhancing the industry to strategically position it to contribute to the country’s economy,” she said.