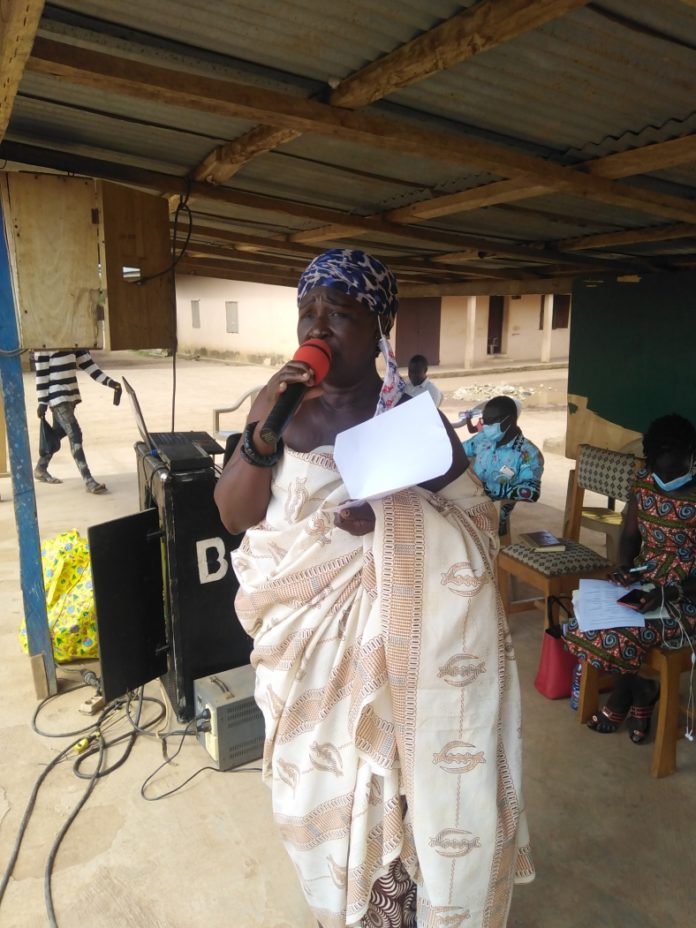 The Queen mother of Abomoso, Nana Konadu Kontie has advised girls to resist any attempt to lure them to engage in pre-marital sex.

She explained that any unprotected sexual activity they engaged in could lead to unwanted pregnancies and that could shatter their future dreams to grow up to become useful citizens for the community and the country.

Amoroso is a farming community that has seen an invasion of huge numbers of illegal mining and is a community with a high record of teenage pregnancies in the Eastern Region.

She observed that recent political development in the country indicate that women can now become the head of state of the country and therefore urged the girls to be focused and pursue their academic dreams.

Nana Kontie told the girls in the community that most of the illegal miners they see around are married in their hometowns and would desert them when they get pregnant and it would be difficult to locate them.

Ms Gloria Apraku, Atiwa West District Girl Child Education Coordination explained that the education regulations of the country allow teenage girls who get pregnant to go back to school after delivery.

She explained that such girls would have to go to school to collect a letter that they were pregnant and had to temporarily withdraw from school and return after delivery.

Ms Apraku explained that teenage pregnant school girls who do not go to school to collect the letter could lose the opportunity to return to school after delivery.

She advised parents to endeavor to provide for the needs of their daughters so that they do not fall to false promises of the illegal miners to get them pregnant.

Mr Kwaku Badu of the Ministry of Health (MOH) explained that teenage pregnancy often leads to poverty because the teenage mother and her unplanned child would be depending on the produce of the working population of the country without contributing to any productivity.

He advised girls who cannot abstain from sex to contact the nearest health facility for advice.

He advised girls to befriend their books and take full advantage of the free Senior High School policy of the government.

Mr Kwaku Owusu Obeng, the Acting Eastern Regional Population Officer, said as at October this year, over 590 girls in the region got pregnant during the covid 19 lockdown.

He explained that child marriage is a criminal offence by the laws of the country.

Mr Obeng said the one district one factory is to create employment but only skilled labor could be employed and not school dropout.

Mr Obeng called on religious leaders, traditional authorities to inculcate reproductive health education and teenage pregnancy as a regular part of their programme.