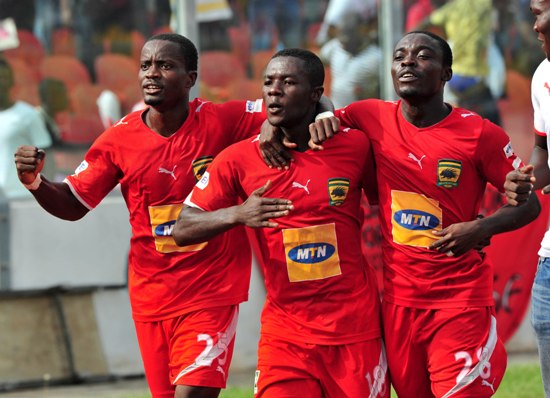 Kumasi Asante Kotoko have inched very close to realizing their dreams of winning a double this season after dispatching King Faisal in the semi-finals of the MTN FA Cup.

The Ghana League champions scored two first half goals through Abdul Yusif Aziz and Seidu Bancey to seal their place in the grand finale.

This happens to be the third time of making an appearance in the final in the last four seasons having lost to Nania FC and Medeama Sc in their last two attempts.

Kotoko will take on Inter Allies in the final on June 8 at the Accra Sports Stadium.

Meanwhile, King Faisal are now left with no other option than to fight hard to secure their place in the elite division.

Faisal are currently in the relegation zone with two more matches left to wrap up the season.