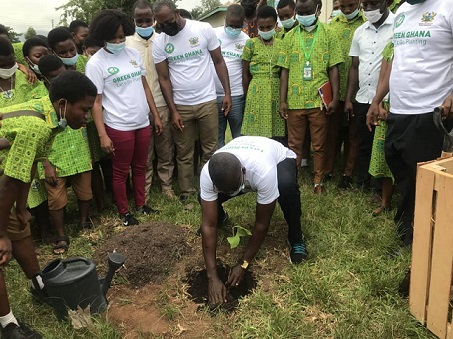 Mr Kwaku Ampratwum Sarpong, Member of Parliament (MP) for Mampong, has instituted a tree planting competition among basic schools in the Mampong Municipality to inculcate good environmental practices among the students.

The MP, who announced this at a ceremony to launch the Green Ghana Project in Mampong, said each pupil would plant and nurture a tree as part of the competition.

The trees, he said, would be inspected every year to monitor their growth and reward the three best schools to encourage proper nurturing of the trees.

He said it was important to encourage the pupils to adopt the habit of planting trees.
He further urged his constituents to embrace tree planting as a way of life not only to ensure good health but also to restore the degraded environment.

The MP entreated those living close to river bodies to plant trees along the banks of the rivers to protect them from receding as a result of exposure to the sun.