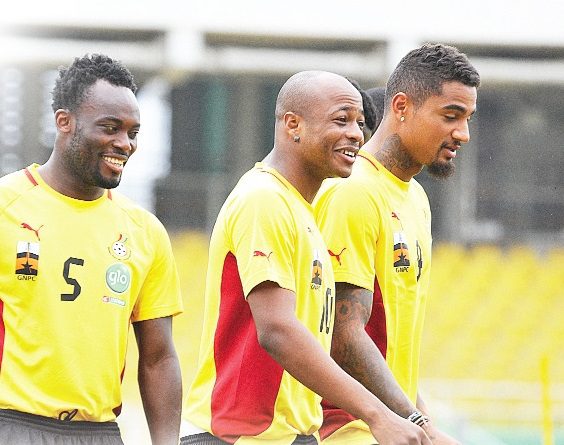 Ghana will have contracts with players at future international tournaments to avoid the problems encountered at the 2014 World Cup over bonus payments.

The players took strike action because they had not been paid prior to Brazil 2014, resulting in $3m (?1.74m) in cash flown out to appease the squad.

The Ghana Football Association said it would revert to ?signed agreements? and bank transfers for bonuses.

?The Executive Committee has taken the position that as part of conditions for an invitation to the Black Stars in future, we have to sign contracts with players and put it clearly before the mode of payments,? President Kwesi Nyantakyi said at a press conference on Wednesday.

?If a player thinks that the mode of payment is not acceptable to you; you may opt out of the Black Stars because it is has created too many problems for us.

?If there was agreement on payment into bank accounts even here, all these problems wouldn?t have come about.

?But we need to re-orient ourselves and take a position and stand by it.?

Ghana managed just one draw and two defeats to crash out of the tournament.

Drivers urged to do proper eye checks before applying for license