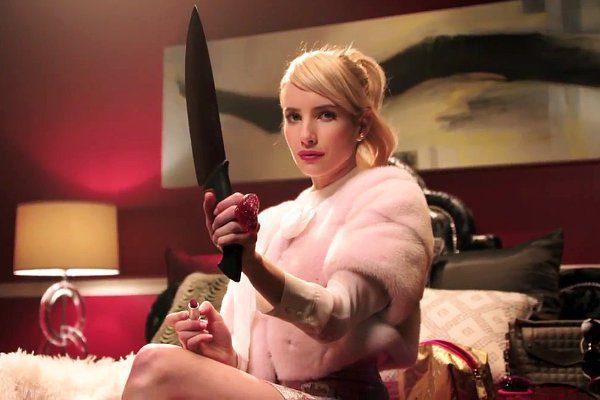 Emma Roberts is featured in a new teaser for FOX?s upcoming series ?Scream Queens?. The actress, dressing up in a fur jacket, is seen perfecting her hot pink lipstick using a huge knife as a mirror.

While the video doesn?t include real footage from the new series, it sparks a speculation that Roberts? character may have something to do with the murders in a college campus that will serve as the backdrop of the show?s first season.

Ryan Murphy and his frequent collaborator Brad Falchuk are executive producing the show along with Ian Brennan and Dante Di Loreto. The new series is scheduled to premiere in the fall on FOX.