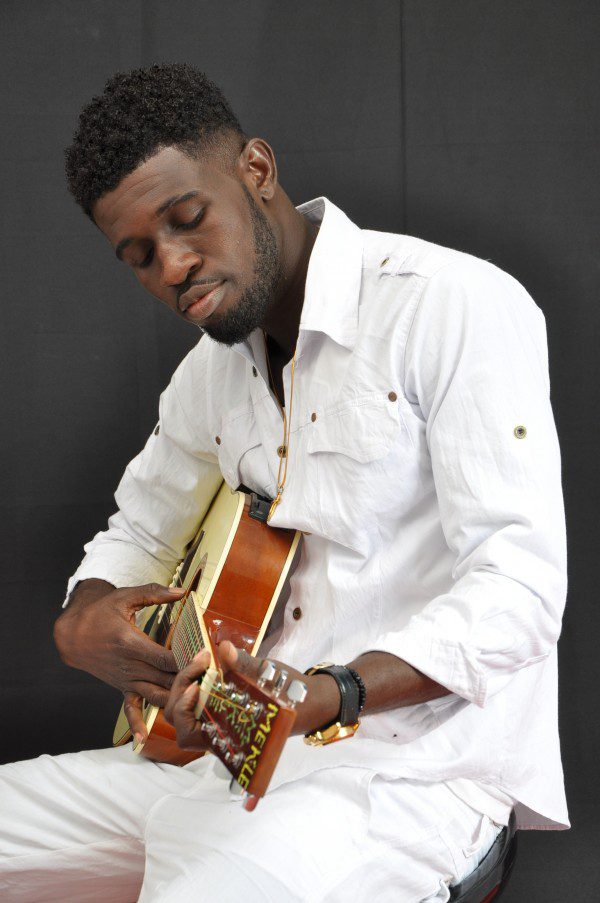 The season of giving is still upon us on the music scene, and Ghana?s highlife entrant NUKRE who was formerly known as Shatta Zola is making it official with this week?s release of his video for his new single ?medowu?. It glaring that Nukre?s ?medowu? video which features Okuraseni Samuel will surely be the rave of the moment in the country and beyond when it finally dropped on TV this week.

The EML Entertainment singer is dropping his second single and video for music lovers this week from his studio working album which will be released later this year.Nukre after releasing ?Breath Out? which featured AyigbeEdem and Friction of VIP now VVIP fame seem not to be failing in shooting quality and well directed video which does not only interpret his songs but can be watched over and over again.

?As an artist I believe you should be tagged by something and I must say I?m happy Nukre is not only known for his singing talent but also for his creativity and content in his music videos. The video was shot here and directed by a Ghanaian and trust me fans will love it. We don?t necessarily have to shoot outside the country to make people watch our video, it can always be here and all you need to do is to be creative? Mr.Emmel Bruce C.E.O of EML Entertainment stated.

Richard Nana KyeiFosu as affectionately called by closed pals revealed in an interview that his mother has really inspired him a lot and became his singing coach at a very tender age. ?My mum always makes sure I sing on the right key and this has really helped me in my career as a singer. She?s the best coach and I give her the credit? he said smiling.

According to him, he loves to do highlife because he believes that apart from things man came to meet on earth, anything else that springs up is through birth and as such, true heroeism starts at home. ?Nothing stands on its own except but with a solid foundation. And as it is, I see highlife as the mother, the foundation and the home of true music. If highlife the foundation of a true music and comparatively it takes me less nerves on it, then don?t be surprised when you see me excelling in other spheres of Ghana music, because with a solid foundation like highlife, nothing means anything impossible to me anymore as far as music is concern? he added.

Okuraseni Samuel also commented saying it was cool working with Nukre and revealed he wrote his verse and chose his lyrics based on his own life experience and things around him. He said God has been his secret and for that matter keeps growing stronger on the music scene. Okuraseni revealed his solo work is in the pipeline and that music fans should expect a pure highlife from him very soon. Gibriville’s ‘Kilodey’ gets a visual boost with inviting new video

Watch Kibra’s new video for seductive love ballad ‘All That’

Wahala Entertainment To Dish Out New Video Of Lady Jay