The newly elected Presiding Member (PM) to the Tarkwa Nsueam Assembly, Mr. Benjamin Kesse has been sworn into office. 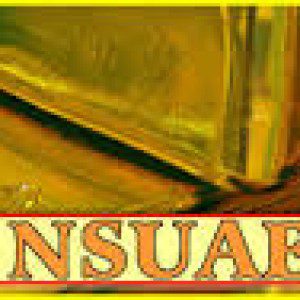 The 42 year-old administrator and the current constituency General Secretary for the ruling New Patriotic Party government was sworn in by Mr Jonathan Nunoo, a Tarkwa District Magistrate.

Mr Kesse was the only candidate, who filed his nomination when the municipal deputy electoral officer, Mr. Edwin opare, who supervised the exercise, called for interested assembly members to pick their nomination forms.

The Deputy Electoral officer, therefore, declared Mr Kesse unopposed without going through any voting process to secure 29 votes representing two thirds of the total membership of 43.

Mr Kesse, in his acceptance speech, expressed appreciation to his predecessor, Mr. Joseph Alban-Mensah and the Assembly members and assured them that he would not betray the trust they have reposed him.

The two-time Assembly member for Dompim Pepesa Electoral area, added that since the Assembly was in session, he would serve the unexpired term of his predecessor to speed up development.

He called on all stakeholders to support and correct him when he was going wrong to help advance the course of the municipality.

The Member of Parliamnet (MP) for Tarkwa Nsueam, Mr George Mireku Duker, appealed to stakeholders within the Municipality to assist the Presiding Member in all his endeavours as far as the activities and deliberations of the Assembly were concerned.

“I call on the Assembly members to go through the Local Government Act, study it well so that the submission or debate on the floor of the assembly will be influenced, otherwise you may come and be found wanting”. He stressed

The MP charged the thirteen newly selected government appointees to take their duties seriously and go through the assembly’s standing orders and local government Act to help them make informed decisions.

Mr Duker promised to coordinate well with the activities of the assembly and be present at all assembly meetings.
GNA/Newsghana.com.gh