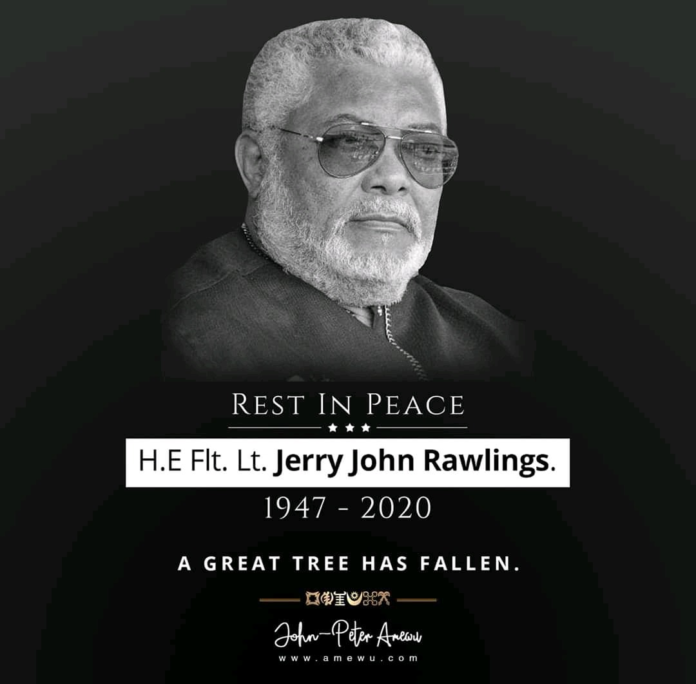 He also said ex-President Jerry John Rawlings was like a father and a friend.
The Energy Minister in a statement copied to the Ghana News Agency (GNA), extended condolences to the family of the late Head of State.

“My heartfelt condolences goes out to the bereaved family particularly his wife, former First Lady of the Republic, Nana Konadu Agyeman Rawlings and children in these difficult times.”

The Party in the Hohoe Constituency, has also called off political activities to mourn Flt Lt. Jerry John Rawlings.
“The cordial relationship that existed between the former President and I, necessitates some days of solemnity.”