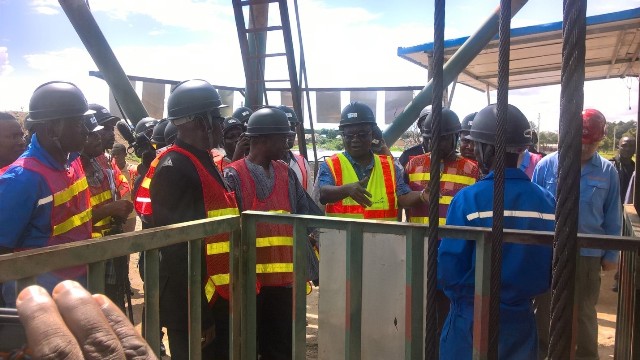 Mr John Peter Amewu, the Minister of Lands and Natural Resources, has ordered Shanxi Ghana Mining Company Limited to apply for a large scale mining license to pay the appropriate taxes and royalties to the state. 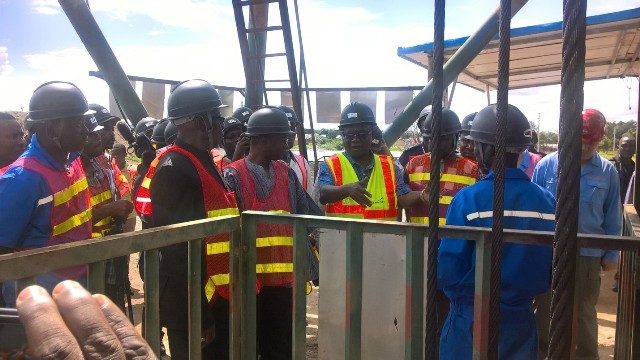 He observed that the company had installed heavy mining equipment
at the Gbane Community in the Talensi District of the Upper East Region but was not registered as a large scale mining company.

Mr Amewu gave the order as part of his tour of the Region, in the company of Mr Rockson Bukari, the Regional Minister and officials from the Mining Inspectorate.

The company has since 2009 been claiming to be providing mining support services to two small scale mining entities namely Yenyeya and Pobortaaba, which acquired 50 acres of land as a mining concession.

Mr Amewu said the Government was not against any mining investor but the bad methodology and approach to the activity.

“It is regrettable to see the unsustainable manner in which some large and small scale mining companies engage in mining activities, destroying the environment, agricultural land and our water bodies.

”Recently I directed that a research be conducted on the amount of toxic elements in the soil of mined areas in one of the regions so that we could map out activities to reclaim the land for agriculture purposes but it was realized that the toxic level in the area was too high for reclamation,” the Minister said.

Whilst acknowledging the contribution of the Shanxi Ghana Mining Company limited to job creation, he asked the mining companies, particularly the foreign owned to endeavour to abide by the terms and regulations of the mining laws of the country.

He also assured the Management of the Company that their plea to lift the suspension placed on the Company’s operation as a result of the alleged exposure of poisonous gas that caused the death of some young illegal miners at a site of the company would be considered.

He entreated all mining companies operating in the same geographical area to co-exist peacefully, and not to drive away illegal small scale miners but to employ them.

riefing the media about the activities of the Company, Mr Maxwell Wooma, the Public Relations Officer, said Shanxi has been providing mining support services to the two small scale enterprises.

He said the company had engaged 543 Ghanaians and constructed seven boreholes and a bridge.

It has also donated 200 bags of cement for the construction of a school, computers to the District Assembly and some health centres and often supported the annual farmers’ day celebration.

The Sector Minister also visited an Australian Mining Company called the Cassius Mining Company, which is prospecting at the Gbane community.

He entreated the company to abide by the terms and conditions of the mining laws of Ghana and to employ more Ghanaians.