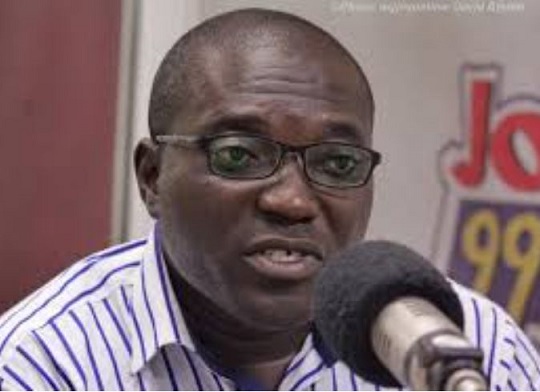 Mr Martin Agyei Mensah-Korsah, the Member of Parliament (MP) for the Techiman South constituency has assured his commitment to facilitate unity and social cohesion in the area.

He described the post-election violence which erupted in the area, left two dead and marred the beauty of the general election as unfortunate, and promised to work hard to restore the existing peace and unity and facilitate the development of the constituency.

Mr Mensah-Korsah gave the assurance when he paid a courtesy call on the Techiman Traditional Council on Tuesday, to thank the chiefs for his election, and rallied their support towards the development of the area.

Peace and unity, he explained, were pre-requisites for community and national development and called on the people to bury their political affiliations, forge ahead in unity to promote the required peace needed for development.

Mr Mensah-Korsah indicated that traditional authorities played key roles in government, and promised to make regular contacts with the chiefs, seek their advice and contributions to bring the development of Techiman to the next level.

The MP emphasised health, education and agriculture remained his priority, and expressed the optimism the chiefs and queens in the area would support him to improve on the sectors, and better the lives of the people.

Mr Mensah-Korsah reminded his constituents he was in parliament to seek their interest, hence the need for followers of the various political divide in the area to support him to achieve his vision for the constituency.

Nana Owusu Gyare, the Akwamuhene and Acting President for the Techiman Tradition Council urged the MP not to worry much about the post-election violence and mishaps that characterized his election, but instead, strengthened himself and focused on the development of the area.

“We don’t belong to any political party, but we always vote for people who seek the interest of Techiman and we will therefore urge you to work hard to prove your worth, in order not to disappoint the people”, he added.