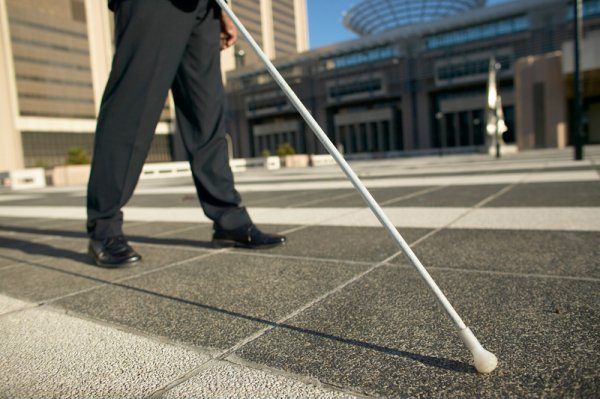 Two biological brothers, who are both blind have appealed to the public for financial and humanitarian support.

The brothers, Mensah Torsi 59 and Kwame Torsi 56, are peasant farmers who lived in a dilapidated mud-hut at Tonkoase, a suburb of New Edubiase in the Adansi South District.

They became blind about 25 years ago and had since been struggling in life for survival since they do not have anybody to cater for them.

They depend on the small farms they could prepare in each farming season for their food needs and do all household chores by themselves.

The brothers, who lived together, told the Ghana News Agency during a visit to their hut that the building could collapse on them anytime soon, since it was old and weak.

The small bamboo mud-hut structure, which could collapse anytime, serves as the kitchen, storeroom as well as the bedroom.

Mr Mensah Torsi has three children, but no wife but Kwame, has no child.

The children of Mensah do not attend school and are not staying with the father in the hut.

Mensah told GNA that life was difficult since they became blind about 25 years ago and said the only support was their ability to go to farms to get food to eat.

Mensah appealed to the government, individuals, NGOs and other public spirited organizations to support them.

Bless others when God blesses you – Methodist Bishop urges Ghanaians

Rural communities to be connected to national grid