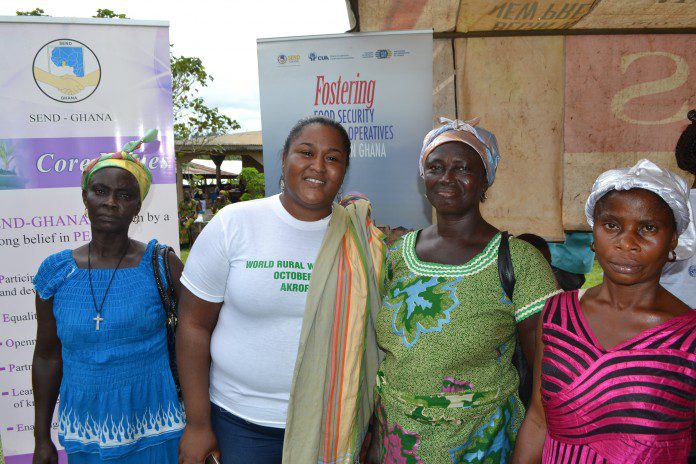 Women in Law and Development in Africa, has organised a Webinar in Accra, for Women’s rights organisations on the “Generations Equality Forum” (GEF) launched in Mexico and Paris in March and July 2021, respectively.

The Webinar was aimed at sharing with the organisation’s outcomes of the launch of the GEF in Ghana and across the West African region.

The GEF is the global gathering for gender equality convened by UN Women and co-hosted by the governments of Mexico and France, in partnership with youth and civil society.

It is a five-year agenda that seeks to commit and take action for gender equality and a landmark global initiative, driving commitments that embed gender equality as a central component of building back equality from COVID-19 and fuel significant and lasting change for generations to come.

Ms. Lois Aduamoah-Addo, Programmes Manager for WILDAF Ghana, said GEF responded to the fact that despite commitments made in Beijing in 1995 on taking strategic and bold actions on gender equality, progress and implementation had been slow and that not a single country today could claim to have achieved gender equality.

She said with the incidence of the COVID-19 pandemic, women’s rights had been at risk and rolled back, leading to heightened poverty and increased risks of gender-based violence among other inequalities.

Ms Aduamoah-Addo said GEF, therefore, sought to be the rallying point leading to finally achieving the human rights of all women and girls and to fuel a powerful and enduring coalition for gender equality, bringing together governments, activists, corporations, feminist organizations, youth, and allies to achieve transformative change.

“The GEF has introduced six Action Coalitions. They are the world’s roadmap for gender equality and are focused on the most intractable barriers to equality— from violence to climate change, and economic systems that leave women and girls behind.

“ They also identify actions that, if implemented and fully funded, can lead to lasting and transformative change and help to ensure that women, girls, and gender diverse people everywhere can fully enjoy their human rights.”

Ms Zoneziwoh Mbondgulo-Wondieh, Executive Director, Women For A Change, Cameroun, said “this conversation should not end after this meeting, but we really need to engage different governments since some of them are action-oriented leaders. The President of Ghana for instance is the AU gender champion for Africa so we hope to see new leadership from Ghana leveraging on this agenda in promoting gender equality.”

Ms Aisha Rahamatali of Care International, Senegal, said GEF accountability mechanism fell within the already existing international mechanisms such as the SDGs, the Maputo Protocol, and the CEDAW.

WILDAF West Africa Coordinator, Madam Kafui Kuwornu, said the engagement was the beginning of the GEF process, and that it was important for all to join the conversation at national levels in promoting and ensuring gender equality.