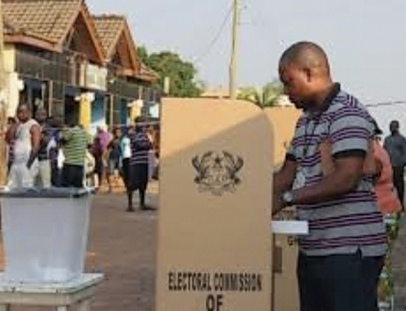 A total of 40 out of the 739 people who were expected to take part in the Special Voting in the Bongo Constituency of Upper East Region failed to turn up.

The exercise, which was generally peaceful had 699 persons tuning out to vote representing about 95 percent voter turnout.

Mr Martin Asanyuure, the Presiding Officer for the Voting Centre which was held at the Bongo District Assembly stated that out of the total number, who were able to cast their ballots only three went through the facial verification method while the rest, 696 were able to be verified by the Biometric Verification Device.

The election organized by the Electoral Commission (EC) was to afford election officials, security personnel and journalists who would be on duty on election -day to partake in the Presidential and Parliamentary elections when the country goes to the polls on December 7, 2020.

Mr Asanyuure described as smooth except few people who thought they were supposed to vote in the special voting, but were redirected to their respective polling stations.

He said voters obeyed the preventive protocols implemented by the Electoral Commission to curb the spread of the novel Coronavirus disease pandemic.

“Wearing of nose-maks, washing of hands and temperature checking was ensured and the voters complied accordingly”, he added.

Bolgatanga Technical University to run Masters of Technology next year