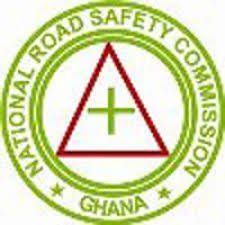 As the Christmas festivities draw nearer motor accident fatalities continue to increase in the Upper East Region.
Last week, three children were knocked down and killed by different tipper trucks, they all had break failure. A female nurse of the Bolgatanga Hospital was killed also through motor accident.
These have attracted a lot of public outcry from stakeholders in the Region and some of them are the National Road Safety Commission (NRSC), the Upper East Regional Director of Health and the Coalition of NGOs in Health.
Speaking to the GNA in a sideline interview at the Police Training School at Pwalugu during a seminar on Road Safety Regulation, the Regional Director of the NRSC, Mr Mohammed Atilado lamented that most of the deaths recorded from the motor accident fatalities were breadwinners and called for multi sectorial approach to help deal the problem.
Giving an account of motor accident fatalities in the Region, the Regional Director noted that for the first, second and the third quarter of the year, the Region recorded 13, 9 and 19 deaths respectively apart from other major casualties and noted that those were just the reported cases.
He attributed the problem partly to non-compliance of road traffic regulations by drivers and motor cycle riders, noting that many people rode without crash helmets and non-functioning traffic lights in the Municipality made it worse.
He proposed for a mechanism to be constituted to make it possible for the traffic light to be converted into solar so as to help curtail the usual problem of frequent light off that contribute to road crushes.
The Regional Director of Ghana Health Service, Dr Koku Awoonor-Williams, stated that the country could not continue to train and lose its valuable human resource and noted that many of the people particularly the youth had broken their legs and hands through careless motor ridding.
The Regional Secretary of the Coalition of NGOs in Health, Mr Thomas Abamgbire, said plans were far advanced by his outfit to partner with the NRSC and the Upper East Regional Directorate of the Ghana Health Services to embark upon vigorous educational programme to help curb the menace.