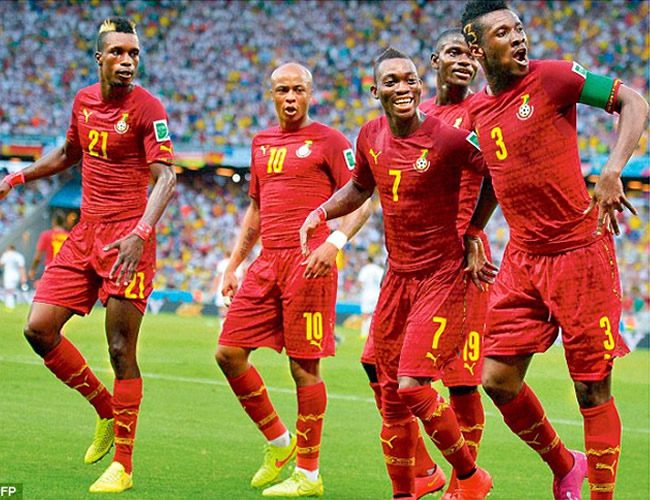 The Stars gave an early indication of total dominance, with a swift build up that saw frank Acheampong picking up a through pass from Mubarack Wakaso before placing the ball beyond keeper Soares Soarez for the first goal in the 5th minute. For many it was a sign of goal harvest, but it never materialised, though the Stars dominated proceedings and invaded the area of the Mozambiqans on several occasions without a goal.

The South Africans hardly created any goal scoring opportunity as the closest was a free-kick at the edge of the box in the 20 minute, which was wasted by Elis Palemba.

The Manbas made effort at finding a space in the defence of Ghana, in the last quarter of the game, but are unable to break through the defensive build-up of Ghana ending the first half in favour of the Black Stars.

Acheampong, could not continue the game as he gave way for Jeffery Schlup due to injury at the beginning of the first half.

The Black Stars were more aggressive and purposeful in the second half, as they swift passes successfully and succeeded with the second goal in 56th minute, when John Boye connected a rebound after Jordan Ayew’s corner kick created a melee in the area of the visitors.

Ghana increased the tally two minutes later through Jordan Ayew, who lapped on a cross floated on his path by Wakaso and lobbed the ball over the goal-keeper.

Ghana could have made it four after Ayew’s conversion, but referee Boachib El Ahrach denied Madjid Warris a penalty after he was violently brought down by keeper in the “16” yard box.

The Mozambiqans lifted up their game in the later stages of the game with as Palemba’s cross was placed beyond keeper Razak Braimah by Apso Manjate in the 68th minute.

Both sides made several efforts to either increase the tally or reduce the scores.

Ghana would meet Mozambique on Sunday in the second leg encounter with the winner of the group advancing to the Africa Cup of Nations in Gabon early next year.