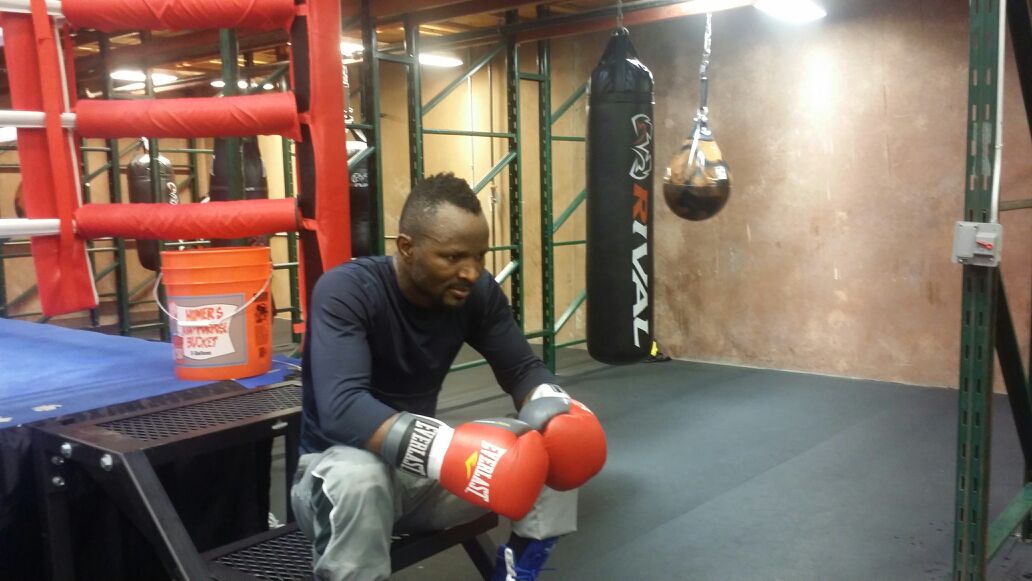 Onetime IBO and two time IBF Bantamweight World Champion Agbeko will?be making his return in the USA on Saturday, May 16 in El Paso, Texas?at the Southwest University Event Center in his fight with Juanito
Rubillar. Agbeko has fought on Showtime and HBO against the likes of?Abner Mares, Vic Darchinyan, Yonny Perez and Guillermo Rigondeaux. In a recent tweet on his official Twitter page, the boxer expressed?his frustration over the lack of attention given the sport as shown?below in his tweet below:

In a bid to find out the reasons behind his tweet and catch up with?the former world champion who is also a chief in the town of Sogakope?in the Volta Region of Ghana, the owner and editor of?#TheAfricanDream; Oral Ofori, made a phone call to him in his USA base?in Las Vegas. During the call the boxer revealed how heartbroken he?has become about how badly boxing has retrogressed in Ghana today.

?I made the tweet after I trained with the national boxing team of?Kazakhstan here in Las Vegas Nevada during their training tour when?they stopped by here at the Roy Jones Boxing Gym where I also train?,
the boxer said to #TheAfricanDream. The boxer who is now with Roy?Jones Jnr Promotions said ?even though I was happy to train with?another country?s team, I felt I would have been happier to see more
Ghanaian boxers on international training tours even if I don?t?necessarily train with them.?

Agbeko said ?Ghana has had greats like DK Poison, Roy Ankrah, Azuma?Nelson, Ike Quartey, Nana Yaw Konadu and many others who brought a lot?of honor, medals and revenue to it because of the attention the sports?received in their times. Today all that needed attention has been lost?in the past decade and half and the boxing authorities are being?over-reliant on government alone, not realizing the huge opportunity
that lies in the private sectors of the country.?

Explaining further, Agbeko said ?it seems football receives the bulk?of attention from sporting authorities in Ghana, but there is a lot of?money in the private sectors that could be roped in to help advance?boxing. The GBA needs a more powerful team to market and promote the?game in a more exciting way to lure the private sector to pour money?into it because beside soccer, boxing is a greatly loved sport in?Ghana and Africa.?

The best place to start the revival is at the amateur level, if Ghana?can create more awareness, more attention and above all more support even for the young boys and women who show their love and passion for?boxing on the streets of Bukom in Accra, Ghana and other parts of the?country, organize more competitions, provide logistical and moral?support, then the path to recovery will begin ?King Kong? suggested.

During the phone interview, #TheAfricanDream asked Joseph Agbeko?whether it was true if he had been asked to fight under the USA flag, he responded saying some people have asked him to change his
nationality to improve his fan base but his love for Ghana is?unquenched and he shall never fight for any other country besides ?my?motherland Ghana.?

When asked who in his opinion is the best boxer on earth now, Joseph?Agbeko loudly burst out over the phone and said ?No doubt Floyd?Mayweather is the best fighter in the world. He’s simply the best?. Ha
again laughed when asked whether he has a hobby, to which he answered:??Am a very boring person, boxing is my life and I eat, sleep and dream?about it always.?

The last time Abgeko fought competitively was on December 11, 2010?when he had a chance to regain his IBF title in a fight with Yonnhy?P?rez in the semi-finals of the Showtime Bantamweight tournament. That
live-televised match from the Emerald Queen Casino in Tacoma,?ashington in the USA saw him cruise to a unanimous decision victory.

The Ghanaian boxer says he will use this fight to propel himself for a?crack again at the world title because he misses fighting at the world?championship level. He promised his fans world wide to take a world
title back home to Ghana by the close of the year, asking all to?support his comeback fight on May 16, 2015.